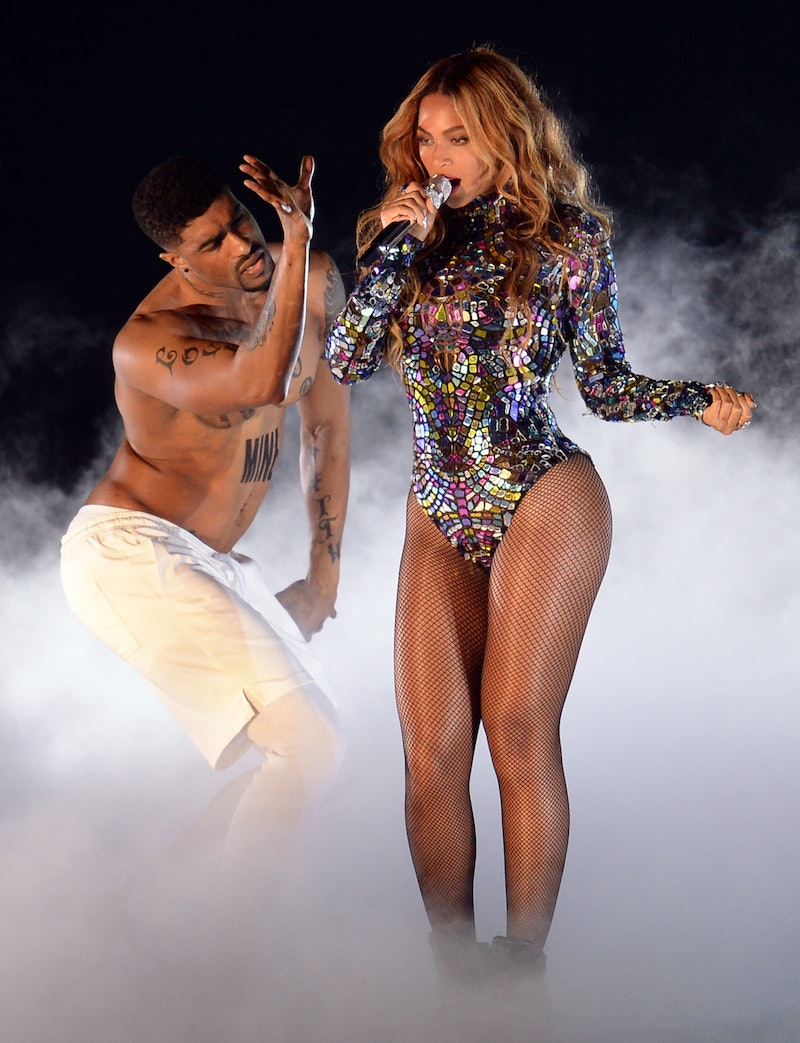 On NCLA’s website, "Beyhive," the honeycomb pattern is described as "a golden beehive texture inspired by Beyoncé's community of fans, with a subtle bee stripe overlay as an accent. The perfect way to show your loyalty to the Queen B." There are two other wraps called "Je Ne Sais Quoi" and "Cat-Calls On Cat-Walks," inspired by “Blow” and “Haunted,” which have a neon design and lace motif, respectively.

Beyoncé’s first collection for NCLA (which are still available on the site) featured a variety of designs, including a plaid set named “I Woke Up Like This" and a black and white set with Bey's lyrics called "I Come With A Side Of Trouble."

Each set of nail wraps costs $18, but true Beyoncé worshippers can buy all seven sets plus a clear gloss for $115. Quite a commitment for a fresh-to-death mani, but if it’s Beyoncé approved, it might be worth the investment.

NCLA For Beyoncé Collection in "Beyhive"

NCLA For Beyoncé Collection in "Cat-Calls On Cat-Walks"