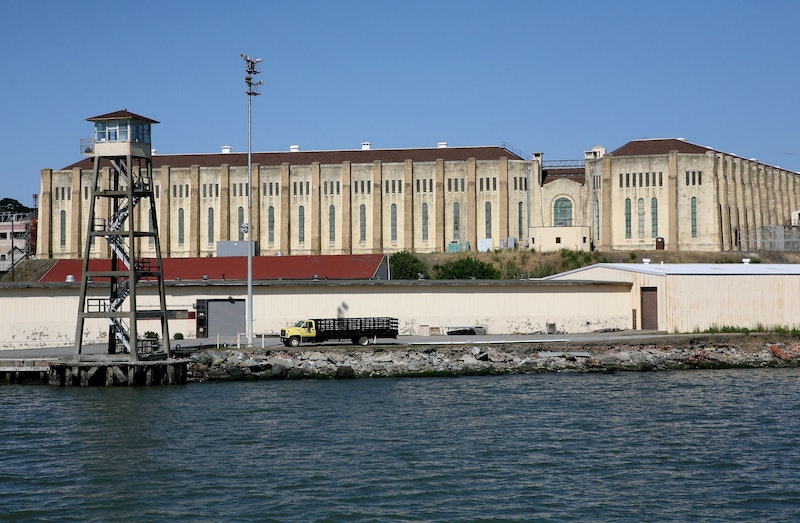 The Supreme Court agreed Monday to deliberate over what degree of mental retardation is appropriate for death-row inmates, setting the stage for a landmark decision regarding death row and the disabled. Back in 2002, the Supreme Court ruled that executing a mentally-retarded criminal was a "cruel and unusual punishment," and unconstitutional under the Eighth Amendment. But the decision didn't answer the question: how does one conclusively measure if a death-row inmate is "sufficiently" mentally retarded? Now, eleven years on, the case of Freddie Lee Hall is demanding that this be answered.

Hall was sentenced to death for a double homicide back in 1978, and tests have put his IQ between 60 and 71. To be classed as mentally retarded, and thus ineligible for execution, an inmate must score below 70 — and, in a recent Florida test, Hall scored 71. Lower courts have claimed his IQ is as low as 60. (The average person scores about 100 IQ points.)

Thirty-five years ago, Hall was convicted of murdering a pregnant women and a deputy sheriff in a botched robbery in Florida. Hall and an accomplice stole Karol Hurst's car, and tortured, raped, and killed Hurst, who was seven months pregnant at the time. When a deputy sheriff in Leesburg, Flo. noticed them behaving strangely in a convenience store, a confrontation ensued, and the sheriff was ultimately shot and killed with his own weapon. Hall was convicted; and sentenced to death.

Last year, Hall's case went to the Florida Supreme Court, and the Court decided to uphold the original sentencing. In the official decision, the Florida Supreme Court wrote that Hall, while low on IQ points, was "competent" and thus had been sufficiently aware of what he was doing during the murders. "While there is no doubt that [Hall] has serious mental difficulties, is probably somewhat retarded, and certainly has learning difficulties and a speech impediment, the Court finds that [Hall] was competent at the resentencing hearings," the ruling read.

In Florida, people are classed as mentally retarded if they score lower than 70 points on an IQ test. If proved mentally retarded, it would therefore be unconstitutional for the state to execute Hall. His attorney claims that at lower court hearings, Hall scored roughly 60 in IQ tests, and therefore cannot be executed. Recently, Hall scored 71 in a test administered by the state of Florida. His attorney put the problem forward this way:

Unfortunately, the human race has not yet developed a test for mental retardation that is like a blood pressure machine, hooked up to a defendant's arm with a gauge that reads R for retarded or N for not retarded. The state of Florida cannot invent out of whole cloth a bright line cutoff for determining mental retardation.

The question here is whether or not Hall, and others that exhibit his degree of mental retardation, is sufficiently intelligent to understand the nature of his crime — and the fact that he's being punished for it. If Hall is deemed mentally retarded to the point that he is unable to understand what he's being punished for, then that takes away the punitive nature of the crime. (Legal experts even told the Christian Science Monitor that this is tantamount to the state killing a person with no justification.)

It's important to note that mental retardation is of course different from mental illness. Last year, John Errol Ferguson, who brutally murdered eight people, was executed in Florida. Higher courts refused to grant a request for appeal based on claims that Ferguson was mentally ill.