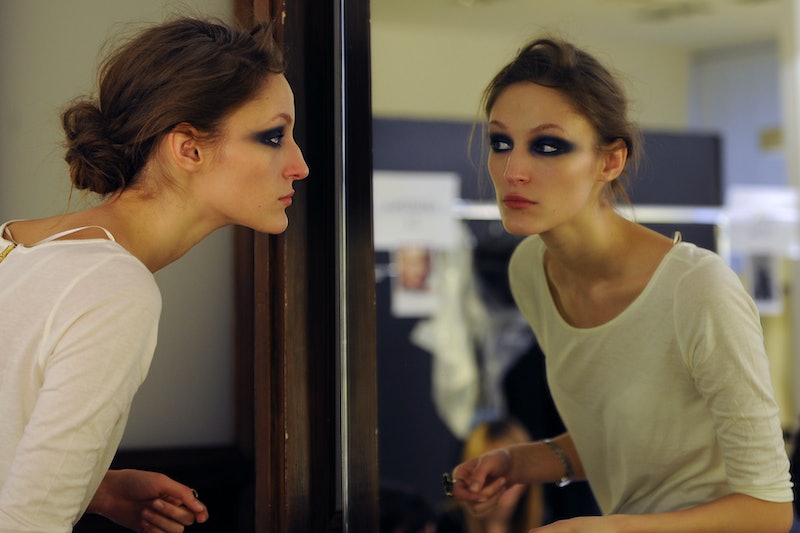 Although a previous study found that men who take selfies score highly on psychopathy and narcissism, this latest study discovered that there's a line between being a narcissist and being a psychopath or Machiavellist. To find this information, the researchers surveyed over a thousand undergraduates at an American university, asking them to rate how much they agreed with statements like "I tend to want others to admire me" and "I have used deceit or lied to get my way." Here's what they found:

1. Narcissism is associated with fewer mental and physical illnesses than psychopathy and Machiavellism.

Because narcissism is predicted to be caused by a desire to accrue a social network, it was found that narcissists have high emotional and social intelligence. They're also more likely to employ those social aspects as a means to protect their health.

2. Narcissism is associated with a stronger subjective sense of well-being.

Narcissists self-reported a stronger sense of well-being, meaning that their desire for validation also correlates with the belief that they're doing just fine in life (perhaps because they think they're being constantly validated and, therefore, are happy and secure).

3. Psychopaths and Machiavellists because the latter two tend to isolate themselves, while narcissists do not.

That's why men who take a lot of selfies may not necessarily be psychopaths. Psychopaths exhibit traits that might not be driven by desire to integrate; rather, the tend to push people away. Narcissists, however, seem to just want everyone to love them (as much as they love themselves).

So maybe narcissism isn't so bad after all! I mean, it's still not really something to cultivate — there are plenty of negative aspects of narcissism, as well — but that whole "have confidence in yourself" thing? Narcissists have it in surfeit. So, you know... at least there's that.