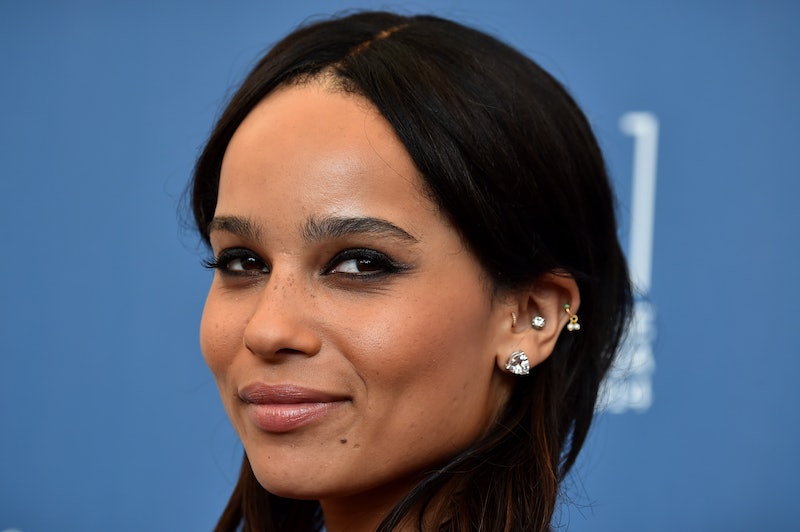 It's all too easy to look at celebrities with all their fame, fortune, and beauty and trivialize their problems. They must have it so easy, we say to ourselves. But Zoe Kravitz just revealed her anorexia struggle to Complex magazine, and one thing is certain — fame doesn't guarantee you immunity from pain and suffering.

Kravitz, who is on the cover of Complex magazine's April/May issue, opened up to the magazine about her battle with an eating disorder. The 26-year-old revealed that even though she had the advantages of a famous family, being around that world created immense pressure for her when she was a teenager. As a result, or possibly a coping mechanism, the actress developed an eating disorder, one that was reignited when she played a character struggling with anorexia in her 2014 film, The Road Within.

"You could see my rib cage. I was just trying to lose more weight for the film but I couldn’t see: You’re there. Stop. It was scary," she said.

After shooting wrapped, she realized she couldn't continue living this way, a sentiment she credits to an almost spiritual presence coming over her and forcing her to confront her demons. “I feel like something has left my body, like some part of me is gone now, something that was making me so insecure. And it feels amazing," she said.

Coping with an eating disorder is hard enough, but opening up to the public about it also takes some serious courage. Hopefully, Zoe's story will help to continue to raise eating disorder awareness and inspire those currently struggling with one.

More like this
15 Hibiscus Tattoos That Bring Tropical Vibes To Your Body Art
By Paris Giles
Fermented Skin Care's Barrier-Boosting Benefits, Explained By Derms
By Audrey Noble
Everything To Know About Daxxify, The Newest FDA-Approved Skin-Jectable
By Olivia Rose Ferreiro
15 Must-Have New Beauty Launches, According To Our Editors
By Rachel Lapidos
Get Even More From Bustle — Sign Up For The Newsletter