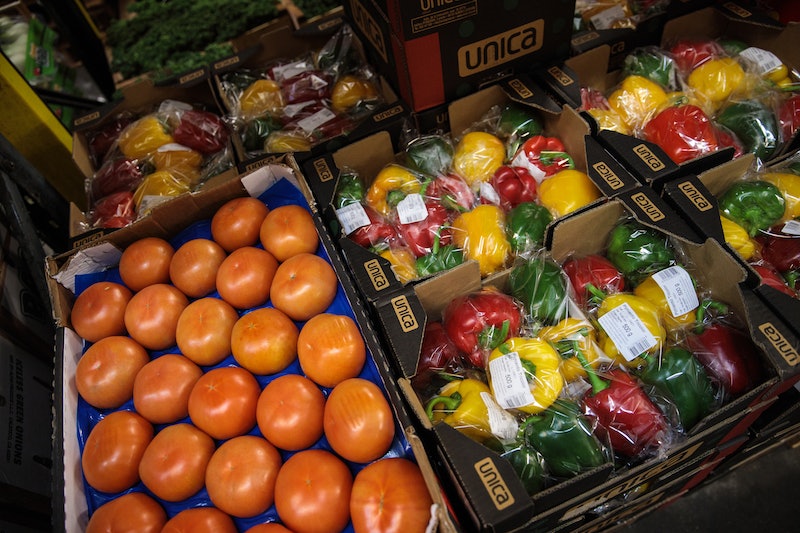 While it might seem easy to scoff at the hippy dude throwing a fit over a store being out of his favorite organic vegetables as if he’s practicing for his debut in Portlandia, the hippy dude isn’t totally absurd. I mean, he is, but not for being upset over his MIA veggies. We already know that pesticides aren’t exactly great for us, but a new study has found that pesticides on fruit and veggies may damage sperm quality and quantity.

The study done by the Harvard T.H. Chan School of Public Health found that guys who ate fruits and veggies riddled in pesticide residue have half the sperm count than they actually should. But while the pesticides used in fruit and veggies could lead to lower sperm quality in addition to a lower count, according to Jorge Chavarro, assistant professor of nutrition and epidemiology at Harvard, guys shouldn’t throw the towel in on eating these particular foods just yet. As he explains, it’s not the amount of consumed fruits and veggies that affect sperm quality, but the high levels of residue found. It’s all about that damn residue.

But while we’re point out fingers at pesticides, we should remember that they aren’t the only troublemakers when it comes to the baby-making substance. As the study also found, alcohol, smoking drugs, obesity, and tight clothing can also mess the quality of a man’s sperm. About 30 percent of men suffer from fertility issues and are forced to seek IVF treatments in order to have a child with their partner.

My thinking has always been to trying to do things in moderation (although, admittedly, I’m not very good at it), but the reality is that too much of anything is never a good idea. While Chavarro and his team do point out that there’s no need to give up your favorite fruits and veggies in regards to keeping your sperm top notch, it still a good idea to be aware. It also might be worth noting that the food with the lowest pesticide residue includes onions, beans, peppers, strawberries, apples, and pears.

Organic is always the way to go when it comes to food, but the problem with organic is that it can be pretty pricey. But when you can swing it purchasing organic food is really the best choice you can make. I’m not suggesting you become a character from Portlandia, but if the quality of your sperm or the sperm of your partner is something you’re really concerned about, then throwing the occasional, “Where’s my effing organic potatoes!” every once in a while is OK.