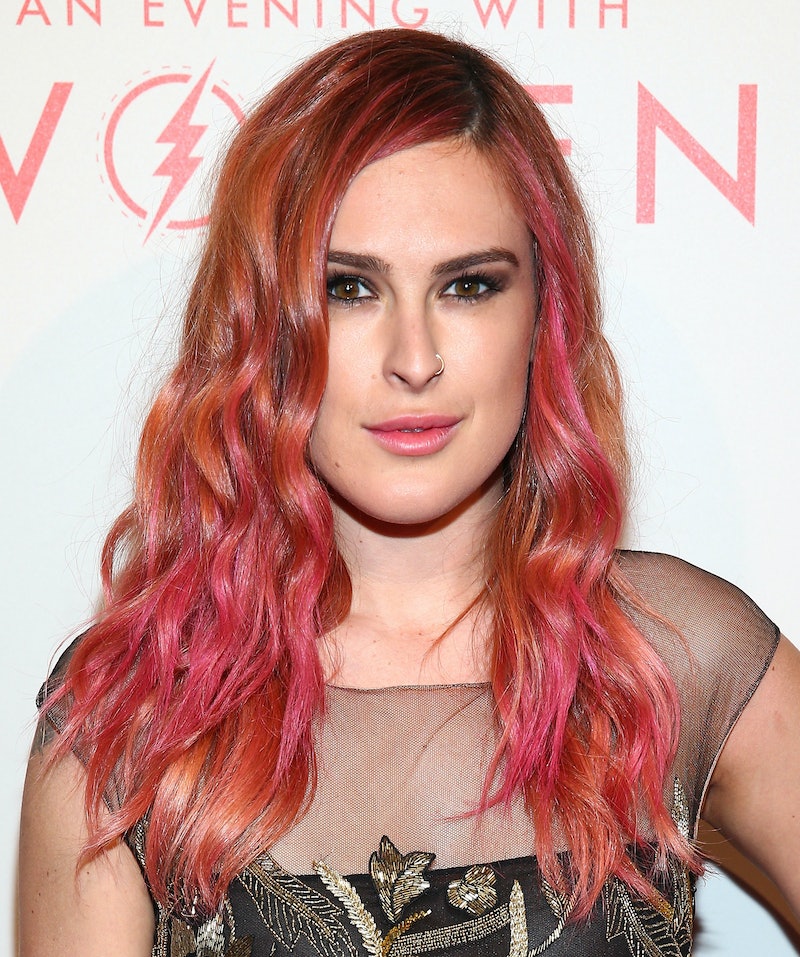 Whoa, talk about a blast from the past. Rumer Willis channeled Britney Spears' glitter bodysuit with one of her Dancing With The Stars costumes, and it's causing one serious double take.

Growing up, I was a massive Britney Spears fan, and if there was one pivotal moment in my childhood, it was when she wore that nude, glitter bodysuit at the 2000 VMAs to perform "Oops! I Did It Again." After that performance, I had to be Britney. Never mind I was all of like, 10, and wasn't allowed to pierce my bellybutton. But that bodysuit was everything I aspired to be, and obviously, Rumer Willis agrees. The 26-year-old rocked a lookalike body suit on Monday night's episode of DWTS to perform the cha cha cha, and even though it was supposed to be "Disco"-inspired, I'm saying — it was Britney inspired. The halter one-piece featured side cut-outs and plenty of crystal embellishment to cover up the sheer fabric.

Though Willis showed off her enviable physique (she admitted dancing has done her body good) and looked pretty incredible in the revealing number, no one can usurp queen Britney. But since now the nude bodysuit has been brought back and all, maybe Brit could put it on for a round two?