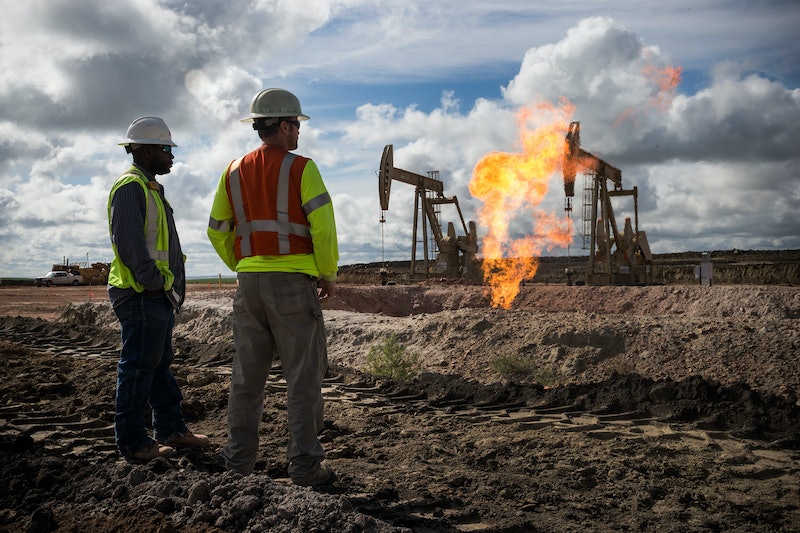 Boom towns in the Midwest, especially in North Dakota and Montana, have profited greatly from controversial oil drilling known as fracking. In fact, North Dakota's state surplus sits at a cool $2 million, and the state trails only Texas in terms of oil production. But grave societal woes, such as violence against women, STDs, and drug use accompany the country's bubbles of black gold.

Environmental issues including water and air pollution, detailed in the lauded documentary GasLand , are usually the most discussed. But fracking's problems don't end when the workday does.

"Critics of fracking have compared it to raping the Earth, but where drilling has spread literal rape has followed," according to a new Vice article titled "Fracking Gave Me Gonorrhea."

Since most frackers are male, sprawling "man camps" have sprung up around the drilling centers. It's a tough job, where 12-hour shifts are the norm and workers are 7.6 percent more likely to be killed working on a rig. In some fracking areas of Pennsylvania, chlamydia and gonorrhea cases are up by a whopping 62 percent, and meth use is a growing problem. Well there's a side-effect of plundering the environment you don't hear everyday.

“There's like 80 guys for every woman. ... A friend of mine brought his wife here with him. If he turns his back on her at Walmart, there are guys talking to her when he returns,” an industry veteran told Vice on condition of anonymity. “Hookers go for $300 a pop.”

The Department of Justice plans to spend half a million dollars to look into the rise of domestic violence, dating violence, sexual assault, and stalking. The DoJ's program includes investigations into the lack of safe shelters for victims of domestic abuse, laws for victims of abuse, emergency room visits, and hotline calls.

"In Dickinson, North Dakota, there has been at least a 300 percent increase in assault and sex crimes over the past year [2011]. The mayor has attributed the increase in crime to the oil and 'natural' gas boom in their area," according to PolicyMic. The chemicals produced in fracking have also been linked to reproductive detriments and breast cancer.