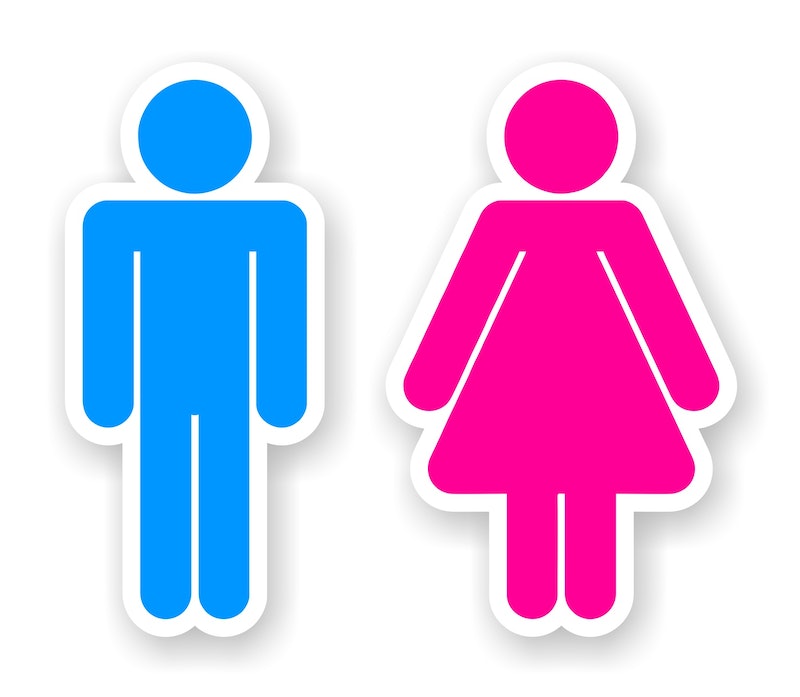 Yesterday, we ran a post on controversial feminist activist Cathy Brennan. Brennan's brand of "trans-exclusionary radical feminism" (TERF) and her aggressive online presence have made her extremely unpopular in certain feminist and LGBT circles. One of Brennan's most vocal critics is transgender Toronto photographer Sophia Banks, who believes there is no justification for excluding trans women from female-only spaces. "Why should a woman be excluded from a women's space or organization?" said Banks. "Trans women are women. It's that simple. To exclude trans women because of how they were born is bigotry."

That's the core of Banks' and other trans advocate's message: Trans women are women. Why should they be considered or treated any differently than those born biologically female?

Brennan's logic "is narrow minded and hateful," says Banks. "Why would a woman using a women's public washroom be a threat to other women?"

Of course, plenty of people seem to think it is — or at least have an interest in pushing the idea, anyway. Recently, the conservative Pacific Justice Institute fabricated a story about a trans teen at a Colorado high school who was allegedly harassing other girls in the women's locker room. According to Think Progress, the group, "spurred the media focus" by sending a letter to the school demanding something be done.

"Cristan Williams at The TransAdvocate debunked the story by speaking directly with Superintendent Rhonda Vendetti, who explained that no harassment took place — a few parents just don’t like that a transgender student is being allowed to use the locker room of the gender with which she identifies."

The whole thing "was a lie," said Banks. "There is no recorded case of a man or trans youth pretending to be a trans women to harass cis women [women whose self-identified gender matches the gender they were assigned at birth]. There is no controversy here."

But there is, plenty of it. Before the story was debunked, Brennan shared the letter on her personal blog. Afterward, she posted the PJI's defense on Facebook. ThinkProgress accused her of being "a mouthpiece for a fringe group", while Brennan said she was simply sharing relevant information, as she does with many stories relating to transgender issues (and which she does not independently verify every time). In doing so, however, she shared the real name of the trans girl involved, a move which many have called cruel and inexcusable.

This isn't the first time Brennan has stirred up controversy by "outing" trans individuals. In September, Brennan contacted the doctor of trans activist Emily Horsman, asserting that the doctor had “a professional obligation to know about his patient’s mental health.” According to Brennan, Horsman was harassing her across multiple platforms. Horsman says that's not the case.

"I've done nothing that she or her supporters/friends haven't done to other individuals," Horsman says. "I created a parody account. I've defended my right to seek medical treatment to fix my secondary and primary sexual characteristics and pursue a state that makes me mentally comfortable given how my brain developed."

The "nothing they haven't done" angle is telling — if there's one thing I've learned from talking to people about this issue, it's that people on both sides have been uncivil, aggressive and potentially harassing to one another. Trying to wade through the campaigns of disinformation and lies about both Banks and Brennan has been no small task.

"Frankly, the whole situation is convoluted," said a member of the trans community who goes by the pseudonym Aunty Orthodox. "Radical feminism uses an analytical framework that interprets gender as being an external societal force used for the oppression of women," explains Aunty Orthodox.

"Since radical feminists reject the idea of innate gender, they are also dubious about the claims of transgender women actually being women. They note that males are privileged over women, and that boys are socialized to expect the entitlements afforded to men. The radical feminist perspective makes trans women upset because they feel it delegitimizes their existence. They believe being referred to as males, men, or with male pronouns is tantamount to hate speech."

Amidst all this fighting, and regardless of it, people are suffering.

*A previous version of this story printed that Sophia Banks created an account impersonating Brennan, and that Brennan had harassed detractors. These facts could not be verified, and therefore should not have been printed. We regret this error.

More like this
The 19 Best Tweets & Memes About Bisexual Awareness Week
By Lexi Inks
Women Around The World Are Cutting Their Hair In Solidarity With Mahsa Amini
By Darshita Goyal
An Honest Review of MeUndies Boxers, According To A Non-Binary Person
By Megan Lasher
Pro Footballer Zander Murray Is "Blown Away" By Support After Coming Out
By Sam Ramsden
Get Even More From Bustle — Sign Up For The Newsletter