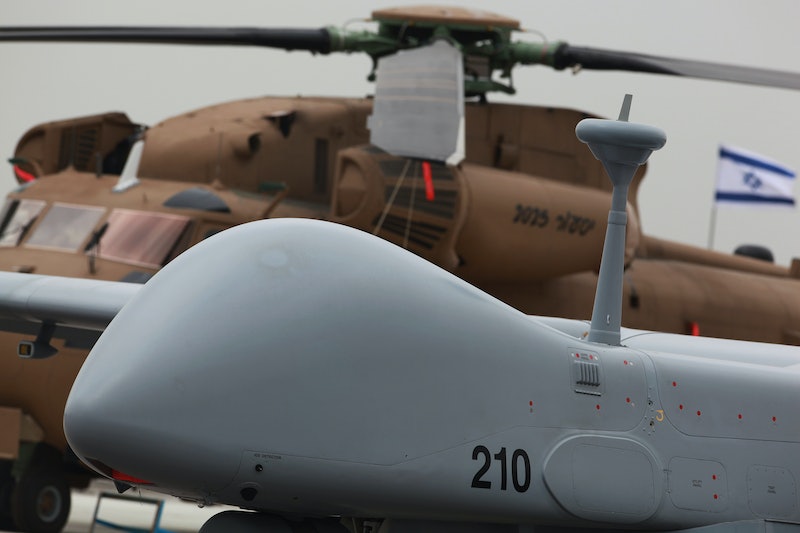 Amnesty International and Human Rights Watch came together for a joint press conference Tuesday to release their findings on drone warfare. The groups say the United States' drone strikes are "illegal" and allege that the attacks kill far more innocent civilians than the U.S. government admits. In Yemen, of the 82 people killed by drones or other "indiscriminate weapons" since 2012, 57 were civilians, according to Human Rights Watch. In a collective tally of air strikes conducted in Yemen and Somalia since 2002, the group found 70 strikes have occurred — six of which remain unacknowledged by the U.S. government. Two of these, the report alleges, were in "clear violation of international humanitarian law" because they "struck only citizens or used indiscriminate weapons." The other four strikes may also qualify, and the group alleges that some of the targets might not even have been suspected terrorists.

While the Yemen report seeks to provide an overarching picture of the situation, Amnesty International's second report on Pakistan, ominously titled "'Will I Be Next?' U.S. Drone Strikes in Pakistan," seeks to examine, in case-study form, nine of 45 strikes that have taken place between January 2012 and this September in the country's tribal area of North Waziristan. Ultimately, it determines that the drone's consequences of "arbitrary deprivation of life" could constitute a human rights violation.

"The USA appears to be exploiting the lawless and remote nature of the region to evade accountability for its drone program, including killings that may constitute extrajudicial executions or war crimes," according to the Amnesty International web site.

Amnesty's report condemns the U.S. for its lack of transparency, highlighting President Obama's yet-to-be-fulfilled promise to be less opaque about the program. Because of the secrecy still shrouding the drone program, Amnesty says, it's easy for the U.S. to cover up any unpleasantness and to act without fear of consequence as it wages a "borderless" 'global war' doctrine in its continuing fight against al Qaeda.

"It’s time for the USA to come clean about the drones programme and hold those responsible for these violations to account," said lead researcher Mustafa Qadri.

Amnesty also alleges that civilians in North Waziristan live in "constant fear of violence" — not only from the armed groups already fighting in the region, but now also in fear of drone strikes. As a result of the 330 to 374 strikes between 2004 and this September, Amnesty estimates the dead to be between 400 and 900 people — with an additional 600 estimated injured.

"What hope for redress can there be for victims of drone attacks and their families when the USA won’t even acknowledge its responsibility for particular strikes?” Qadri said.

Amnesty also demanded that the UK cease or avoid participation of any sort with the United States' drone program, and called upon international governments to examine their ministries for compliance with U.S. drone efforts and, as a result of any involvement, any violations of human rights laws.

So far, the American government has not commented on either report, although one Yemeni official, speaking on condition of anonymity, did admit that sometimes a bit of a "gray area" surrounds the strikes and their targets. He also says that the government is too weak to capture the suspects themselves: "Our security apparatus is in shambles. . . . So what do you do? The easiest option is, you take them out.”