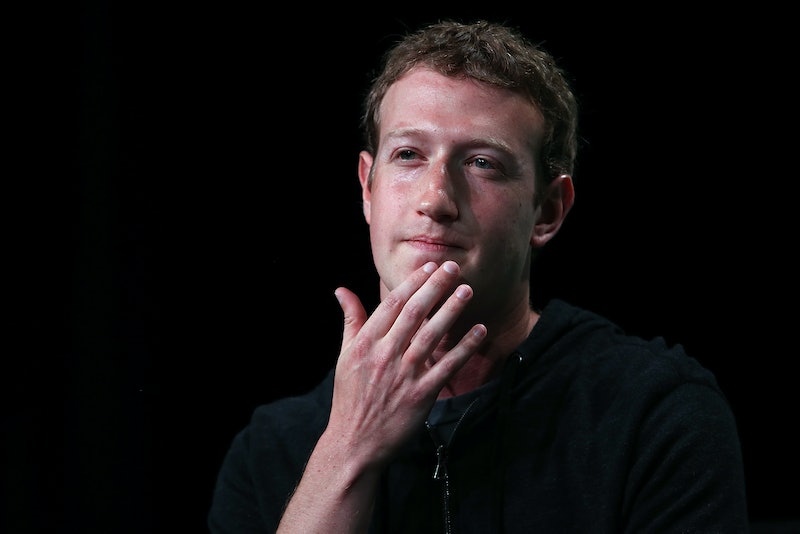 Well, who doesn't want to see a decapitation when they're scrolling through their Facebook News Feed first thing in the morning? On Tuesday, Facebook confirmed to the BBC that they've lifted a ban on beheading videos, because they're keen to promote activism on the social-networking site. The policy change comes after a viral video made the rounds on Facebook last week showing a masked man decapitating a woman, apparently in Mexico. Facebook offered up this statement:

Facebook has long been a place where people turn to share their experiences, particularly when they're connected to controversial events on the ground, such as human rights abuses, acts of terrorism and other violent events. People are sharing this video on Facebook to condemn it. If the video were being celebrated, or the actions in it encouraged, our approach would be different.

Well, that's admirable, but we continue to take Facebook's decision's about what's "appropriate" with a grain of digital salt.

In May, Facebook agreed to condemn and remove memes that made light of rape, which critics claimed were being shared from person to person as a means of "celebrating" sexual assault. Until last year, Facebook also banned any breastfeeding photo that explicitly revealed a naked breast, but after multiple opponents pointed out that breastfeeding was natural, necessary, and fundamentally not sexually explicit, Zuckerberg and co relaxed Facebook guidelines.

As part of a brand-new policy rollout back in May, the company retracted some of its more contentious guidelines about what was "inappropriate", and issued a ban against beheading — which, as of now, is officially lifted. Photographs of same-sex kissing has long been accepted within Facebook's guidelines, and the same rules apply to gay and straight couples' kissing.

Jackson has 45,000 Facebook followers, and some users apparently flagged up the photo as "inappropriate content." Facebook promptly sent Jackson an email saying that the photograph was in violation of "community standards," and temporarily de-activated his Facebook page.

After multiple media outlets picked up the story, Facebook apparently changed their minds.

The company's rules about what does and doesn't constitute "inappropriate" material seem holistic, to say the least. From a 13-page manual, leaked in 2012 and deciphered by The Guardian:

Facebook bans images of breastfeeding if nipples are exposed – but allows "graphic images" of animals if shown "in the context of food processing or hunting as it occurs in nature". Equally, pictures of bodily fluids – except semen – are allowed as long as no human is included in the picture; but "deep flesh wounds" and "crushed heads, limbs" are OK ("as long as no insides are showing"), as are images of people using marijuana but not those of "drunk or unconscious" people...

The guidelines, which have been set out in full, depict a world where sex is banned but gore is acceptable. Obvious sexual activity, even if "naked parts" are hidden, people "using the bathroom", and "sexual fetishes in any form" are all also banned. The company also bans slurs or racial comments "of any kind" and "support for organizations and people primarily known for violence". Also banned is anyone who shows "approval, delight, involvement etc in animal or human torture".

Meanwhile, in other "Facebook WTF" news, Jezebel reported Monday that plainly disrespectful photographs from a girl's "African"-themed 21st birthday had been reported to Facebook weeks ago, and have yet to be taken down.

But breasts and gay kisses better watch their back.