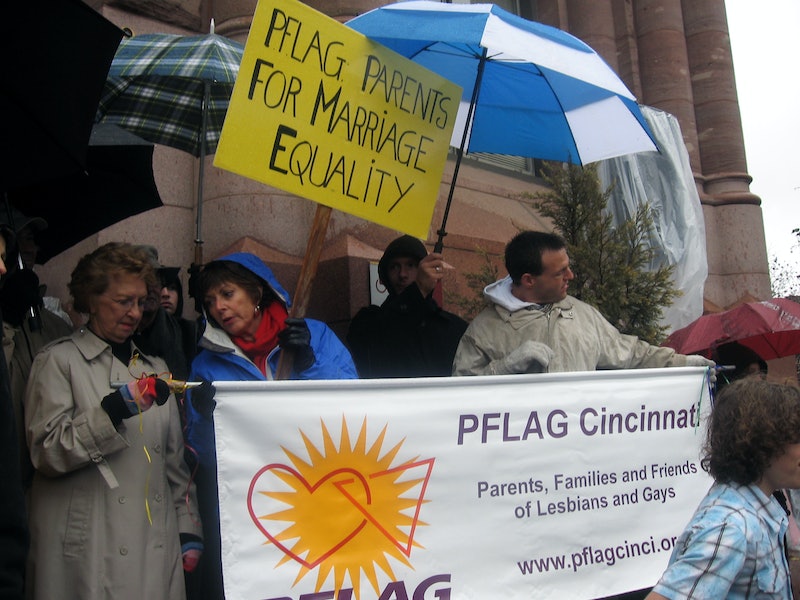 One of the most heartbreaking love stories of recent years reached its epilogue today: John Arthur, who with his husband James Obergefell launched a major challenge to Ohio's ban on same-sex marriage, has passed away Tuesday. Arthur, 48, was with Obergefell for more than 20 years. After Arthur became terminally ill with Lou Gehrig's disease, the couple flew to Maryland, where same-sex marriage is legal, and got married on the airport tarmac. Upon returning to Ohio, they were told their marriage wasn't legal, and promptly challenged it in federal court. The two wanted their marriage to be recognized so they could be buried together in Arthur's family plot.

U.S. District Magistrate Judge Tim Black ruled that the marriage would be recognized as legal, even on state-issued documents. Although he made it clear it wasn't necessarily a precedent-setting case, he was won over by the couple's attorney, Al Gerhardstein, who argued that Ohio recognized opposite-sex marriages in other states, such as those between cousins, that weren't legal in Ohio.

Now, the couple's lawsuit has been expanded to allow the same-sex marriages of Ohio residents that took place out-of-state to appear on death certificates. Once again, Black will preside over the decision, expected in December.

"[Arthur and Obergefell's] love is a model for all of us," said Gerhardstein. "Part of John's legacy will be the difference he has already made in the struggle for marriage equality."