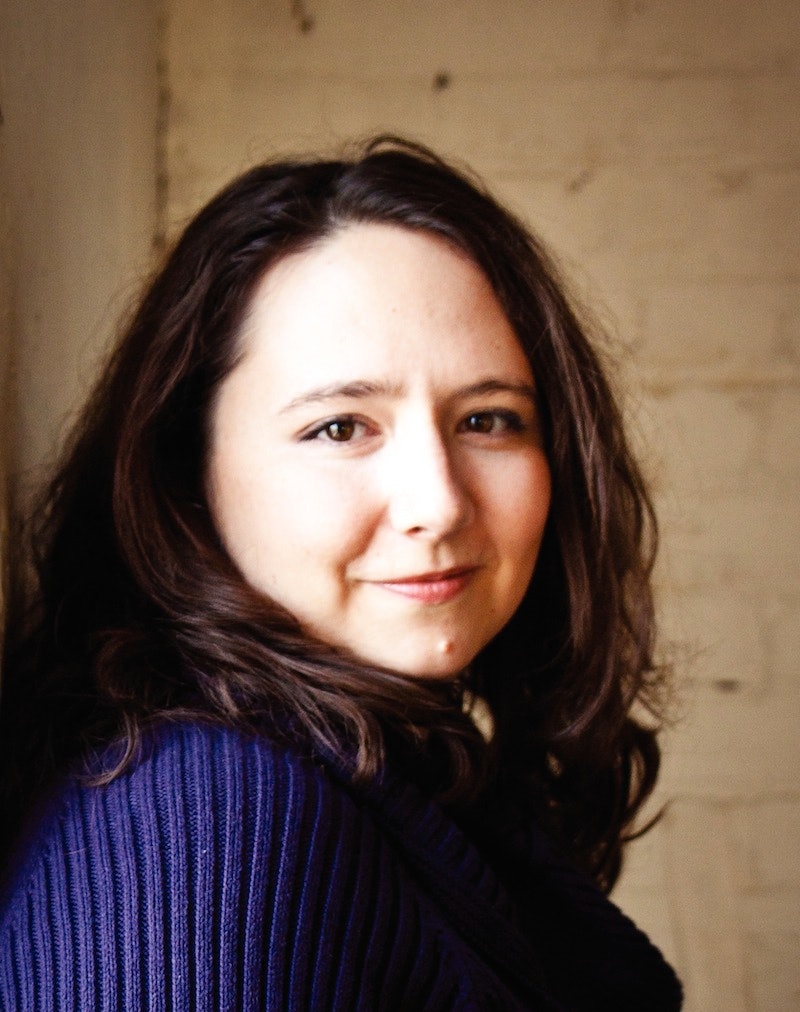 On Monday, the Mrs. Giles Whiting Foundation announced this year's recipients of the The Whiting Writers’ Awards. The 10 honorees, who receive $50,000 each, are chosen based on “exceptional talent and promise in early career.” So basically, the following writers could be, or are very likely to be, the next big thing in the literary world. So take note, because we've combed through each winner's biography and assembled a handy guide to the writers who will be the faces of American writing in the years to come.

Hannah Dela Cruz Abrams: The childhood of this novelist has the contours of a fairytale. Born to a Micronesian woman and American man, Abrams was brought up sailing the Pacific in a yacht — a "nomadic" existence, the author says, that instilled in her a love for stories. "I didn’t have friends as regularly that land-bound kids would have... Every afternoon and every night [my father and I] would read to each other on deck on the hammock," Abrams told a Encore, a Wilmington, N.C.-based publication. Her novel The Man Who Danced With Dolls, a coming of age story, reads like "hazed melancholy, like long-gone childhood memories re-remembered, like just waking from a dream fuzzed around the edges that haunts your day," according to Bookslut.

Amanda Coplin: Coplin, above, is the author of New York Times bestseller The Orchadist, a novel set in the solitary existence of a 19th century man who is left without family after the death of his mother and disappearance of his sister. Called "engaging and enthralling" by The Seattle Times, Coplin's debut novel explores what happens as the outside world comes crashing in on this man and his peaceful orchard. Coplin's work won her a pick on the National Books Foundation's "Five Under 35" list this year.

Jennifer duBois: Dubois's sophomore novel Cartwheel, reviewed by Bustle a few weeks ago, is a harrowing tale of the disintegration of an idyllic study abroad semester in Brazil. Like Amanda Knox, the novel's main character, a carefree but naive college woman, is wrongly accused of murdering her roommate, and the novel finds its subject in the fallout from this incredible twist of fate. This is not the first time DuBois has nabbed major recognition: her A Partial History of Lost Causes made the author a finalist for the 2013 Hemingway Foundation/PEN Award.

Virginia Grise: Grise is a Latina playwright and performer whose work focuses on marginalized racial, sexual, and economic identities. Her Making Myth is based on the true stories of two women convicted of murder and hung for this crime in 19th century Texas. It is "part-conversation, part-reenactment exploring American myth, history and the facts found in the bullshit."

Ishion Hutchinson: This Jamaican-born poet's collection Far District won him the prestigious PEN/Joyce Osterweil Award. His work has been published widely, so if you'd like a taste of it, check out his poem "Thunder in April," published by Guernica, or "Fitzy and The Revolution," published on The Huffington Post 's site.

Morgan Meis: Meis is an art critic and author. His novel, Angelus Novus was published in 1995, and his writing has appeared in magazines such as The Believer, n+1, and Harper’s. His art criticism has also won him an Andy Warhol Foundation Award.

C. E. Morgan: Morgan's fiction tackles two heavy, difficult topics — sex and God — with grace. Her novel, All the Living, earned her a finalist nod for Hemingway Foundation/PEN Award, a spot on the National Books Foundation's "Five Under 35" list, and a place on The New Yorker's "20 Under 40" list. The novel, an exploration on consciousness and the lives of three residents of Kentucky, has "all the deceptive simplicity of a poem and yet the incantatory resonance of a prayer," according to Tin House.

Rowan Ricardo Phillips: Like Ishion Hutchinson, the other poet on this list, Rowan Ricardo Phillips won a PEN/Osterweil Award for his debut collection The Ground. If you'd like a sample of his poems, "Mappa Mundi," a poem included in The Ground, can be found here along with the writer's take on his own work. A professor at Stony Brook, Phillips focuses on poetry and African-American and Caribbean literature.

Clifford Thompson: Thompson is an essayist and the author of a novel Signifying Nothing, published in 2009. His nonfiction focuses on jazz and art, and his writing has appeared in The Threepenny Review, The Iowa Review, Film Quarterly, Cineaste, Commonweal, Black Issues Book Review, and The Best American Movie Writing.

Stephanie Powell Watts: The Whiting isn't the first award Watts has won. In 2007, this African American writer won a Pushcart Prize for "Unassigned Territory," a short story about the travels of a Jehovah's Witness in North Carolina. (An excerpt of which can be read here.) Her 2011 debut collection We Are Taking Only What We Need — comprised of this story and ten others — won Watts the Ernest J. Gaines Award for Literary Excellence and made her a finalist for the 2012 Hemingway Foundation/PEN Award. Watts' short stories are a meditation on confinement in the American South, Watts's home territory, according to Publishers Weekly: "In Watts’s South, people are trapped, by relationships, jobs, and flaws in their character, which can lead to a trap of a different sort: incarceration."