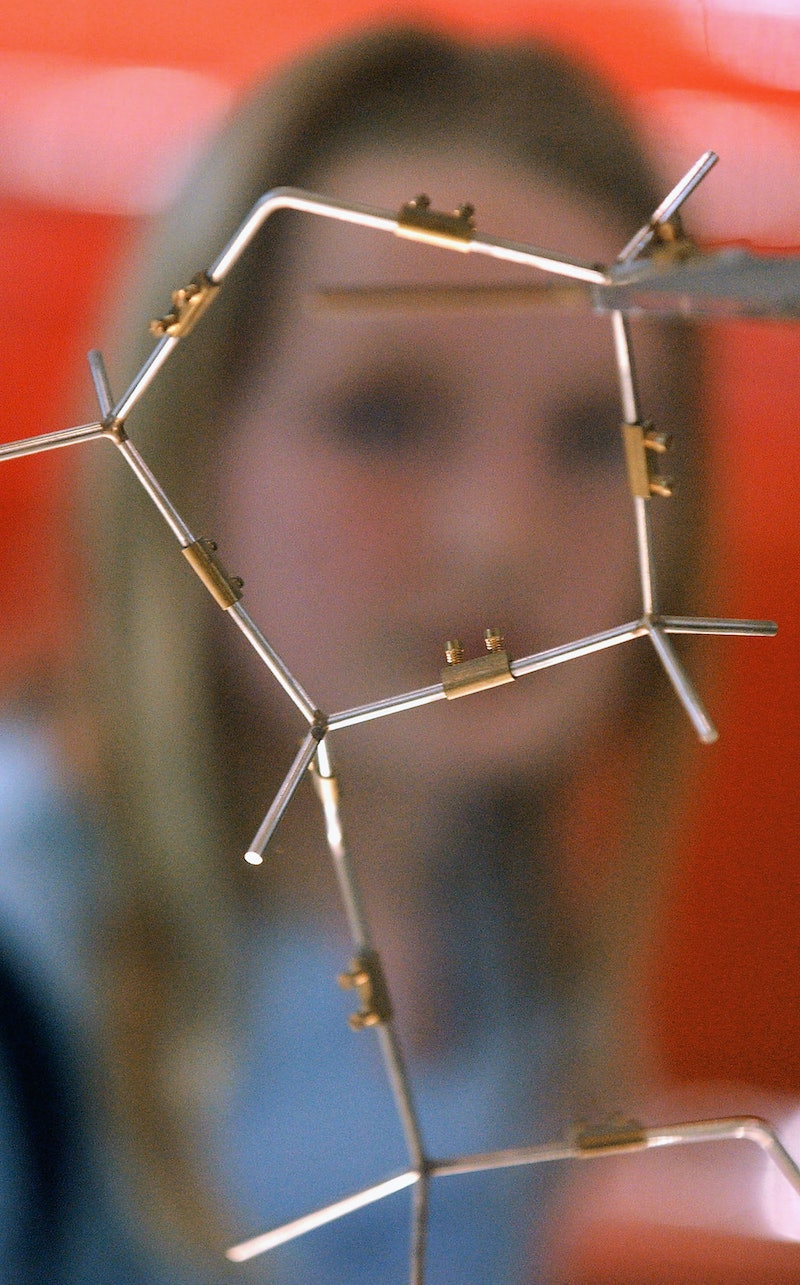 In a biological breakthrough, scientists say they have now identified the gene mutations linked to eating disorders such as bulimia and anorexia. Although the disorders were always thought to be partially genetic, it wasn't until researchers sat down and combed through the genes of two families that they were able to identify exactly which mutations might be responsible. The study, published earlier this month in the Journal of Clinical Investigation, reveals that the mutations, which are awakened by a diminished calorie intake and exercise, interfere with neurons firing off signals in the cerebral cortex — otherwise known as where the 'reasoning' bit of the brain is. Once switched on, they help the body function in a reduced-calorie state, so not as much food is consumed.

The two abnormalities are extremely rare and occur in less than one percent of the population, according to study coauthor Dr. Michael Lutter, who teaches at the University of Iowa College of Medicine. “These genes seemed to be turned on by calorie restrictions and exercise,” Lutter said, “and they enable the body to adapt to a low calorie state so people take in less and less food.”

"About 85 to 90 percent of the family members who carried one of these mutations wound up with either anorexia or bulimia. That compares to a prevalence of 1 to 4 percent in the general population," The Boston Globe explains.

The researchers hope that the proof of genetic linkage will lead to a redefinition of the disorders. Traditionally, scientific literature isn't really sure whether 'nature' (genes) or 'nurture' (society's obsession with weight) is the most likely trigger for an eating disorder. Countless studies have been conducted to try to find out.

A 1985 study suggested that "a number of possible genetic strands" could contribute to the condition, but that it was a "culture-based condition." Later, the general view evolved to contend that familial predisposition is likely quite important, but that the conditions could exaggerated by environmental factors, such as who your friends are, or participation in weight-focused sports like as ballet or gymnastics. Twin studies have played key roles in separating genetic causes from environmental ones, although results from these have been largely inconclusive, with meta-studies favoring genetics only slightly above environment.

This is the first study, then, that definitively zooms in on the exact biological process that makes a person predisposed to eating disorders — hopefully bringing about a new understanding of the conditions.

“On one level, it is strong evidence that these are biological, not just behavioral, illnesses, so hopefully, that will bring awareness,” Lutter said. By understanding that the disorders are biologically linked, he also hopes that more effective treatment options can be pursued.

Professor Curt Sigmund, who heads up the University of Iowa's Phamacology Department, also hopes that the research might yield new understanding about obesity — particularly, what exactly in our chemical makeup contributes to appetite and obesity.

"From my perspective, understanding the neural pathways and connections in the brain which control feeding and appetite under normal and abnormal conditions may provide insights into the fundamental mechanisms which control food intake, appetite, and satiety in obesity," Sigmund said.