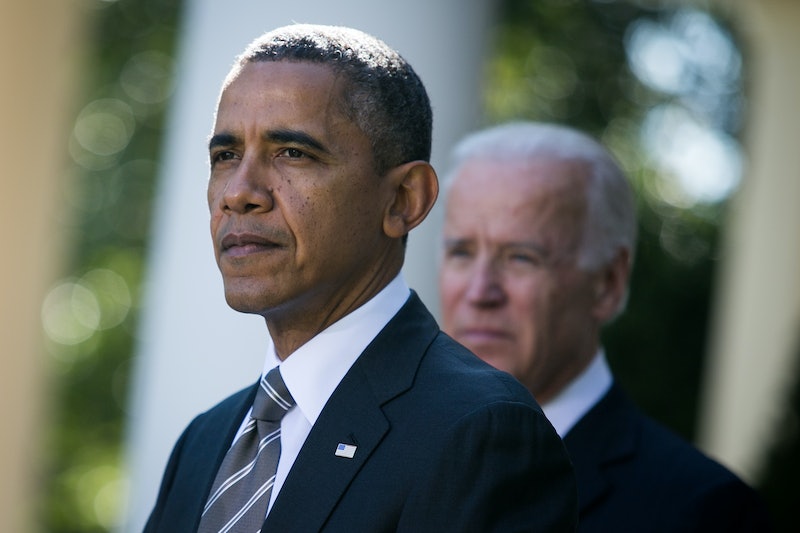 It's been a bad week for President Barack Obama. So bad, even, that when White House press secretary Jay Carney closes his eyes, I’ll bet he pictures himself on a remote island. Maybe somewhere even less populated — like one of those islands sinking in the Pacific Ocean because of rising global waters. Or maybe he just wishes Friday would come faster, because it's only Tuesday and it has already been a terrible, no-good, very bad week.

After the end of the debt ceiling and government shutdown crises last week, the Obama administration seemed to be in a good place. Obama had held his ground, and cooler heads had prevailed — sort of. But with a new week, there are new trials. Here are five things that are likely giving Obama a headache this week.

Amnesty International and Human Rights Watch released findings Tuesday that called drones illegal, and showed that drones kill more civilians than the U.S. government admits. The civilian deaths might also be a human rights violation, which is, of course, very bad. The report comes after Malala Yousafzai, the teenage education activist, publicly called Obama out on his use of the unmanned aircrafts in her native Pakistan.

Apparently, everyone saw this coming but did nothing to fix it. The Healthcare.gov webpage failed a test with just a few hundred users before being launched nationwide, and now everyone is up in arms about it. Though the president said Monday that “no one is madder” than him about the failed launch, it’s not clear whether he had any advance notice of the impending disaster. There’s also still no date set for when the website should be running smoothly, but some analysts are predicting months. So much for a smooth launch for Obama's so-called legacy...

America's ally in the Gulf declined its turn for a rotating seat on the United Nations Security Council on Friday, putting Obama in an awkward situation because the move is clearly tied to the administration’s actions in Syria and Egypt. The country will reconsider, supposedly, if/when the Security Council changes “so it can effectively and practically perform its duties and discharge its responsibilities in maintaining international security and peace.”

Whoops — we also collected millions of French phone records from Dec. 2012 to Jan. 2013. “This sort of practice between partners that invades privacy is totally unacceptable and we have to make sure, very quickly, that this no longer happens,” French Foreign Minister Laurent Fabius said Monday. Maybe the administration should start making advance calls to alert other governments. A few more revelations like this, and the U.S. might not have very many friends left...

If all that’s not enough, Michelle's garden is probably still recovering from weeks of lackluster care during the government shutdown. Most of the gardeners were furloughed during the shutdown, and those returning to work were only allowed to water the garden and remove trash while it rotted away.