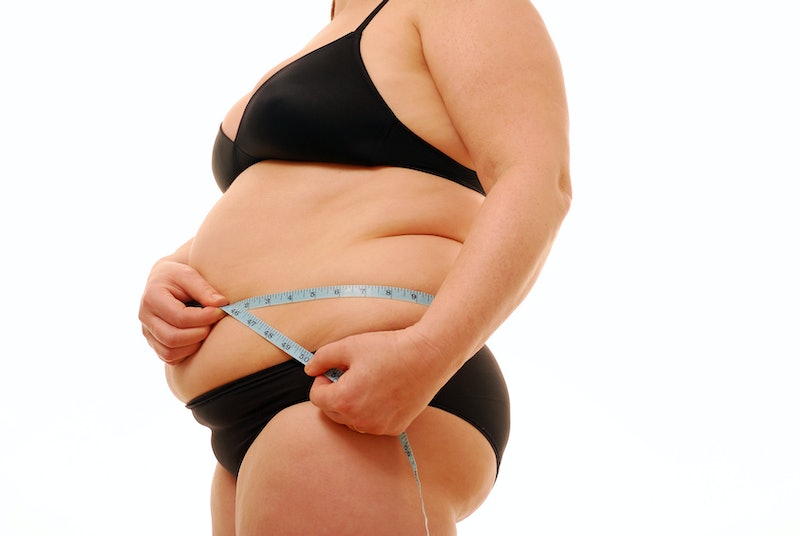 The latest entry in the weight discrimination debate? Photographer Tossi Loloi's Full Beauty Project. While over one-third of Americans are obese, mass media encourages young girls to develop eating disorders. Even though the average American woman is a size 14, plus size clothing options are few and far between. Under the guise of health, culture encourages overweight women to get weight loss procedures, yet over a third of patients report health complications after procedures like abdominoplasty. Loloi, a 37 year-old Italian photographer, is using his camera as a tool against fat discrimination.

In 2006 Loloi began working on Full Beauty, a series of photographs of obese women in the nude (you can see the full project here). His models weigh between 350-600 pounds, and range from 23 to 50 years old. On the project’s website, Loloi states that “I focus on their fullness and femininity, as a form of protest against discrimination set by media and today’s society.”

The name of Loloi’s project is not only about ‘full’ bodies, but also about democratizing the ways that we view beauty. In an interview with Newsweek, Loloi elaborates on this idea, saying that his model’s “shapes are the most interesting thing I have seen in my life” and the publication goes on to claim that his pictures “are meant as provocation, an extreme end of a legitimate argument that women’s bodies are beautiful and sexy at any shape and size.” Loloi continues to discuss the beauty of obese women in another interview with website Feature Shoot, saying “I was concentrated on giving the viewer the opportunity to admire something they rarely get to see…it’s not only the acknowledgment of ‘fat’ as subversive beauty, it’s the realization that simply anyone can be beautiful.”

Of course, Loloi’s work has received backlash, especially from those who are concerned that Full Beauty promotes unhealthy medical conditions — an argument that is laughable considering the unhealthy body image that most major women’s magazine publications have promoted on a monthly basis for the past zillion years. Loloi responds to this in Musee Magazine, stating “these are artistic photos and should be analyzed for their message. What I am trying to underline with my work is that any individual has the right to be considered beautiful and that beauty does not belong to one category in this world.” When talking with website Big, Beautiful and Bold, he elaborates, saying “there has been and still is a very strong brainwashing from the media, be it reality shows or health shows pushing people to look ‘good’ by losing weight; even pushing us to undergo plastic surgery is accepted by society. To me that is no less worrying than people being overweight.”

In front of the camera, these women look calm, confident, and sexy. The controversy really comes from the audiences’ reaction to the portraits and confrontation with subject matter that makes them uncomfortable. TV commercials, magazine ads and billboards all boast images of women in next to nothing, and yet we are so desensitized to perfect bodies in lingerie that we don’t blink an eye. Loloi’s images have caused a splash in the art world, and will captivate your full attention due both to the unfamiliar images and his superb photography skills. His work then can remind us to fight against our culture’s messed-up beauty ideals, and will hopefully promote body acceptance to a new audience.

More like this
Women Around The World Are Cutting Their Hair In Solidarity With Mahsa Amini
By Darshita Goyal
How To Politely Reject Someone Who Keeps Asking You Out
By Laken Howard and Lexi Inks
Black History Month UK’s 2022 Theme Calls For Action, Not Words
By Maxine Harrison
Help! I'm Not Getting Any Attention On Dating Apps. What Can I Do?
By Sophia Benoit
Get Even More From Bustle — Sign Up For The Newsletter