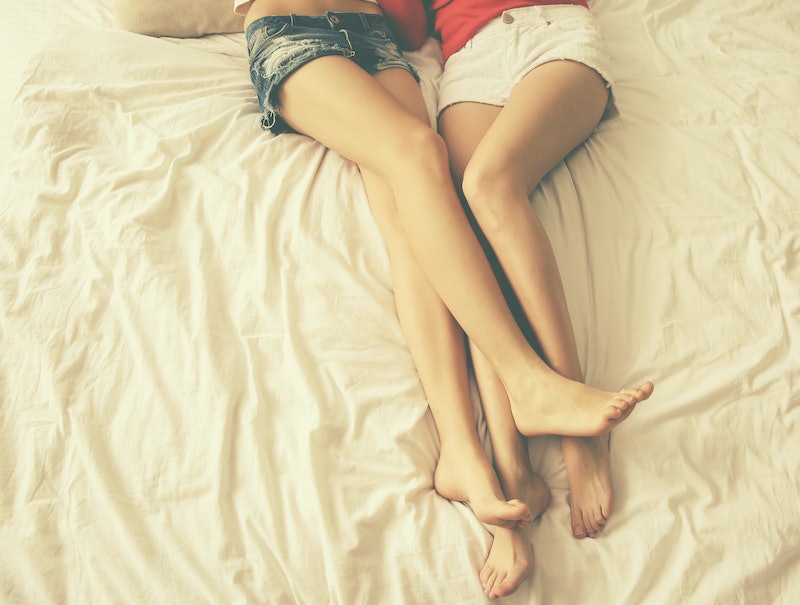 Earlier this month, researchers from the University of Toronto released a study further exploring the reasons why couples have sex. They divided reasons for sex into categories; there were positive reasons, such as “I want to feel connected with my partner,” and negative reasons, like “I don’t want to feel guilty.” They also sub-divided the categories into self-focused and partner-focused motivations.

The researchers then had 109 couples keep sex journals to rate their motivations for having sex and their level of sexual satisfaction. After collecting this data the researchers found that “on days when a person's motivation to have sex is more positively oriented, he or she felt more satisfied — both in the relationship and sexually — and had a higher level of desire. Conversely, on days when someone was motivated to have sex by more negative goals, he or she felt less satisfied and less desire.”

In the same vein, participants whose partners were having sex for positive reasons were more emotionally and sexually satisfied. Hence, your reasons for having sex have an impact on how good that sex will be for your partner. Furthermore, the results of the study weren’t affected by gender or how often couples were having sex.

Moral of the story? Having sex for positive reasons will yield positive results. And someone please find me that complete list of 237 reasons.

More like this
It's A Pleasure #53: Help! My Boyfriend Won't Tell Me Why He Stopped Going Down On Me
By Sophia Benoit
The 19 Best Tweets & Memes About Bisexual Awareness Week
By Lexi Inks
The Differences Between Kinks & Fetishes, Explained
By Lexi Inks
Breeding Kinks Have Been On The Rise Since Roe V. Wade Got Overturned
By Lexi Inks
Get Even More From Bustle — Sign Up For The Newsletter