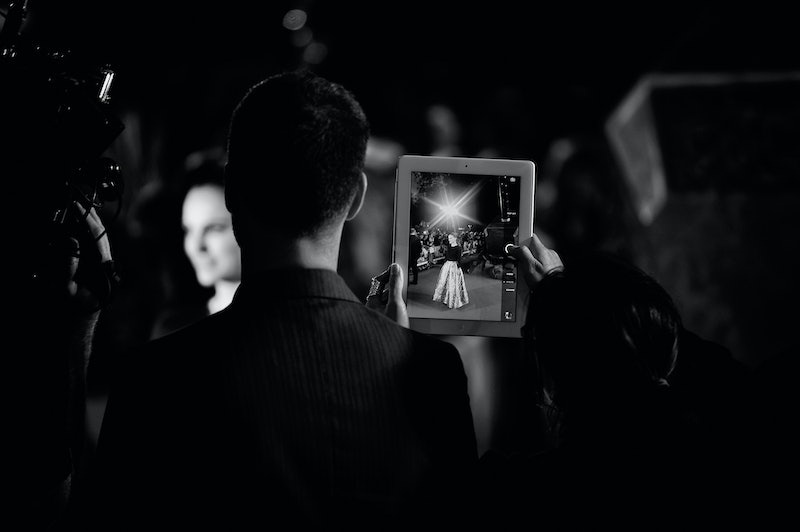 On Tuesday afternoon, Tim Cook and the Apple team staged a 90-minute unveiling event in a downtown San Francisco arts center. In between throwing around phrases like "blazingly fast," "shockingly quiet," and "unparalleled vision," a series of Apple execs welcomed to the world a new line of MacBooks; the glossy, redesigned Mac Pro; the OS X Mavericks operating system; and sleeker, lighter iPads, including the one-pound "iPad Air." Still, we're left with questions: why isn't this fabled "smartwatch" here already? Why must Tim Cook mock Microsoft at every opportunity? And why is Apple giving everything away for free? Who do they think they are, Oprah?

Here are our five takeaways from the San Francisco event...

1. An iPad Pro is probably on its way.

Remember the humble MacBook, which was discontinued in 2011? It died its quick death because Apple decided to offer an "Air" and a "Pro" version instead, making the decision easier on the consumer: do you want a light, glossy laptop, or a big-screened, powerful one?

With the introduction of the new iPad Air, Apple's tablet line is likely going the same way. Remember, the tablet is the new laptop, and is slowly but surely creeping up on the laptop's market share — particularly with keyboard covers, which morph your tablet into a computer any time you want. Apple's kept the original iPad for the moment, but chances are it'll morph into the "iPad Pro," and then eventually ... goodbye, iPad. RIP.

Because this is just too many iPads. Look at the confusion on this guy's face.

Ever since the iPod spiraled into popularity and Steve Jobs' iPhone and MacBook shot Apple to the top, their products have come in shades of black, white, and silver. But it wasn't always that way: the original Apple line, before Jobs was ousted by Apple's board in 1985, was as bright and colorful as the Teletubbies.

Recently, we've seen a return to colorful glory for the Apple line, whose phones now come in five neon colors, not to mention gold...

We give it a year before the Blue iPhone hits shelves. Well, maybe.

3. There's a reason that Apple gave away all its updates for free.

The word "free" was a recurring theme at yesterday's event. Hey, look at this exceptional new operating system — just for you, and free! Look at our updates to iPhoto, Garage Band, iBooks, Calendar... also free! "Today, we're revolutionizing pricing," declared exec Craig Federighi. (Or, lack of pricing.) And it ain't because Apple has decided to slash its prices across the board: the new Mac Pro will still set you back $3,000, and Apple needs to maintain its status as a premium company. So what's their angle?

Well, it's all pretty clever. The price of Apple's hardware, e.g. products, is still sky-high — did we mention that you could buy a used car instead of a Mac Pro? But the software, which is to say the content that circulates in the products, needs to be free. At the moment, the only company that charges for updates or additions to software is Microsoft. And this is what Apple thinks about Microsoft, as declared in yesterday's presentation.

Software is an increasingly competitive market, with Android and Samsung flinging cutting-edge, free software at their hardware users at every opportunity. There's absolutely no reason why Apple would charge for software, and it wouldn't make any marketing sense to do so — but by exhaustively detailing every update to every product, and shrieking the world "FREE!" afterwards, the consumer thinks they're getting a bargain.

4. Apple has decided its next step is to replace Microsoft Office.

If you own an Apple computer, chances are you still use Microsoft Office on it: Word, PowerPoint, Excel, all of that good stuff. These are called "productivity" programs, and Google has made some serious headway in the market with apps like Google Drive and Google Calendars. Which you probably also use on your Mac product, rather than iCalendars, or TextEdit.

That's why Apple spent a good third of yesterday's conference discussing updates to its "productivity" software — collaborative editing to Pages, and a long string of edits and updates to iWork. One of the key features to Google's Chromebook is that it's essentially a productivity device: you log in using Gmail, and Google Drive, Google Calendar, and your Android information is all right there on the desktop. Apple's hoping that, one day, you'll only use Apple productivity icons rather than all that pesky Google and Microsoft stuff — which is another reason all of their updates are free.

5. Apple, like the rest of America, is officially obsessed with weight

After Tuesday's event, critics took aim at Apple once more for simply not being innovative. Every new product unveiled yesterday had the same features: oh my God, it's so much faster. Woah, it's so much thinner. Good Lord, it's so light. And they're right: the iPad Air, for example, is the lightest tablet in the world, and the smallest MacBook Air on the market weighs two and a half times what the iPad Air does. But Apple is famous for breaking new ground; revolutionizing the music industry with iTunes and the smartphone market with the iPhone, and everything else Steve Jobs knocked to the ground during his time at Apple.

If you missed yesterday's event, this was basically it.

When it comes to intelligent gadgets, however, there's only so much innovating that can possibly be done to a single product. The iPhone was slammed for not being "different" from previous incarnations, but counter-critics pointed out that there really wasn't much room for improvement. So, for now, it appears Apple's sticking to making better the products that are already here better. Whether that's a good longterm strategy remains to be seen.