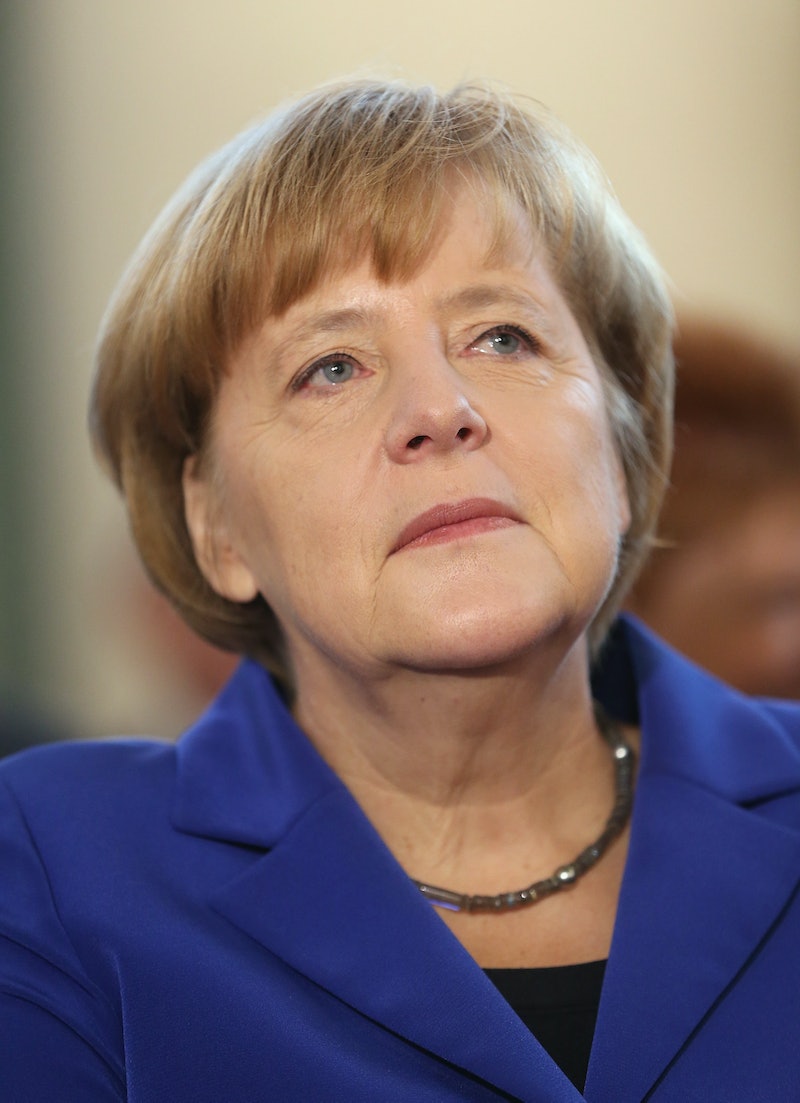 The German government claims to have received information showing that the National Security Agency tapped German Chancellor Angela Merkel’s cell phone. Merkel, understandably, is none too happy about this, and personally called President Obama Wednesday to demand an explanation. The White House is denying the allegations — with one caveat that we’ll address — but given previous revelations about NSA spying in Germany, we’d understand if she didn’t believe him.

Germany wouldn’t reveal the source of the information, but the German newspaper Spiegel, which has previously published revelations from NSA leaker Edward Snowden, claims to have played a hand in unearthing the allegations, so it’s possible that it came from Snowden’s seemingly-endless trove of secrets.

A spokesperson for the German government said that Merkel made it clear to Obama that “she unambiguously condemns such practices, if they prove to be true, and considers them completely unacceptable.”

“They would constitute a grave breach of trust,” said Steffan Seibert in a statement. “Such practices would have to be stopped immediately.”

In June, documents released by Snowden showed that the US considers Germany a “third-class partner” — thus placing it in the same category as China and Iraq — and monitors hundreds of millions of internal German communications, including phone calls, emails and text messages, every month. Combine this with the fact that American allies once grounded the plane of a foreign head of state in its attempts to find Snowden, and the suggestion that the NSA tapped Merkel’s phone doesn’t seem all that far-fetched.