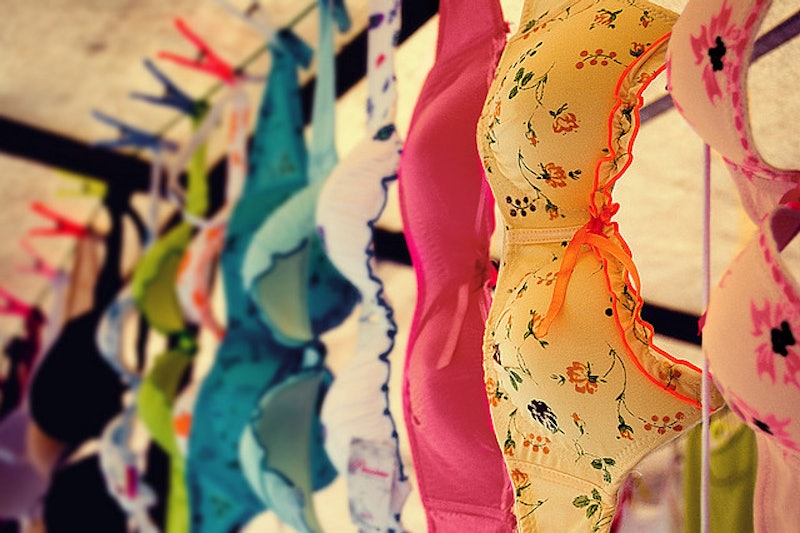 A high school in the Chinese province of Guangdong has banned female students from wearing all but flesh-colored bras and underwear, because apparently it's not enough that women always hide that they have breasts and nipples, they must also hide the fact that they're hiding these breasts and nipples. Dark undergarments are too revealing, according to Zhongshan Technical Secondary School. And polka dots? Don't even think about it.

According to Shangaist, the school said those failing to comply will be docked academically, with points being knocked off their overall grades. Extra points will be docked for those wearing polka dots, stripes or leopard print undergarments. Here's the precise hierarchy of offending undie prints:

You would think this would only be enforced should a lacy polka-dot bra be spotted, but the school's policy is actually much more disturbing. In an interview, one girl from the school said they're forced to undergo regular bra checks, sometimes with male students in the room, according to Offbeat China. How this at all falls within the confines of whatever modesty agenda they're trying to push is beyond me. The school said the rule was more of a 'suggestion.'

Earlier this month, another Chinese high school made headlines for requiring students to sign a "Moral Education" pact forbidding "too close relations" with friends of either sex. The rule, said the school's headteacher, was set to "prevent the students from puppy love."