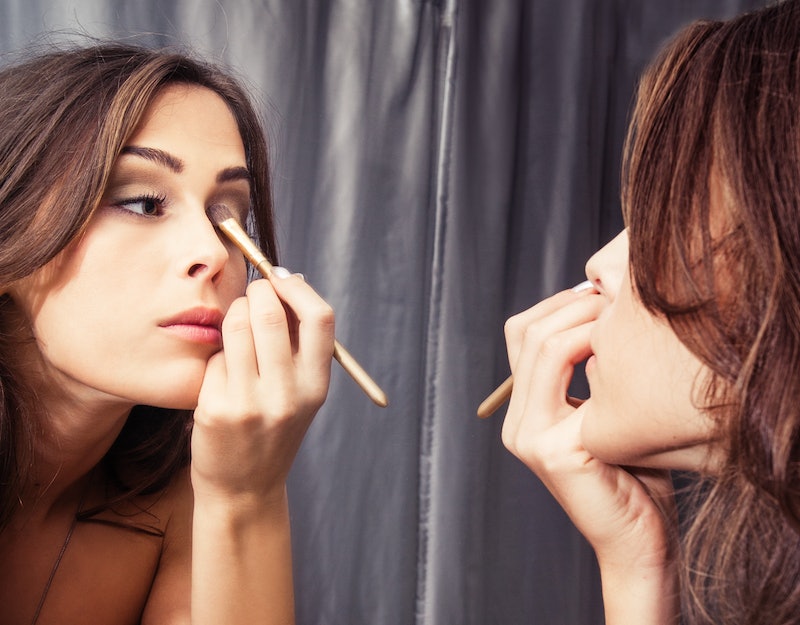 I have discovered it. The obstacle that stands in the way of women having it all, the final hurdle that has to be cleared before women can sprint, Lolo Jones-style, past the patriarchy.

Seriously, I've got it.

"[We] must do them fully leaned-in, hands raised, having it all. What remains impregnable to them are those refuges that shelter so many men: ordinariness and muddling through."

What does that mean? It means that we are not allowed to be ugly. When I say ugly, I mean ugly in the way Tracy Moore at Jezebel uses it. Moore says,

"I think when women are called ugly, they are not actually ugly — they are simply noncompliant. They are not willing to spend the time, money and energy it takes to live up to a cultural beauty standard that says skin tones must be evened out, eyes must be enhanced, cheek bones accented, weight managed, desirability advertised, and so on."

Some will argue that men, too, have to worry about their appearance. Body dysmorphia is an issue for young men, as well as young women. Some will also argue that work-place attire forces men to present themselves in a certain way, too (expensive suits, cufflinks, etc.). But the stakes are entirely different. Men can opt out. They can work in a sector where they can wear jeans and a t-shirt. Further, they have been culturally conditioned to know that even if they aren't good-looking, their worth as a human being will be assessed according to other metrics like niceness, or funniness, or how much money they make. Women are not conditioned to expect that. No matter how nice or funny or rich we are, our appearance is still paramount. Women can work in those "jeans and t-shirt" sectors, but we are still expected to present ourselves as "attractive." Why? Because researchers have found that good-looking people make more money, get hired faster, and, specifically, that good looking women are perceived as having other desirable traits.

I can attest to the "making more money" piece. When I waited tables in college, my tips on nights when I wore makeup and a nice top were higher than on nights I wore a t-shirt and nothing on my face. It's not that I am 10,000x more attractive when I put on eyeliner: I would argue that I look, for all intents and purposes, only marginally "better." Rather, it's that people are programmed to tip "pretty" girls more. And "pretty" girls wear makeup. "Pretty" girls opt in to a system that they can't beat, a system that says we have to manage our faces, our bodies, and our attitudes for fear of being insulted or ignored.

When women are called "ugly," the intent (and, often, the effect) is to wound, and wound deeply. Men can be ugly. Men can be fat. Men can, actually, be ugly, fat, and also successful. Women usually can't. In spite of the be-jowled and orange faces of US Congressman today, Hillary Clinton without make-up is what causes an uproar. It's not that Clinton without makeup is a troll unrecognizable as a human, it's that Clinton without makeup means that, for that one instant, she wasn't trying. She wasn't putting anything on. This is what women are still not allowed to do in mainstream, Western culture. Double-negative aside, we are not allowed to not try. Sure, we can look "natural," but you bet your ass "natural" implies clear skin, dark eyelashes, and lips that are neither chapped nor pale. For many women, that "natural" look cannot be achieved without cosmetic enhancement.

That said, I don't mean we all need to throw our mascara brushes down the toilet. My default before going out is to put on makeup. I like playing with eyeshadow, eyeliner, and blush. I like putting on makeup in the morning knowing that it makes me look like an adult (rather than a 16 year-old). Putting eyeliner on before work is my equivalent of saying, "Hey world. I take this seriously. Let's do it." The issue, I would argue, is when any woman feels like she has to wear cosmetics, like something bad will happen if she shows up to work or school or a bar bare-faced, hair in a ponytail.

I couldn't tell you. But it's going to be a big day.