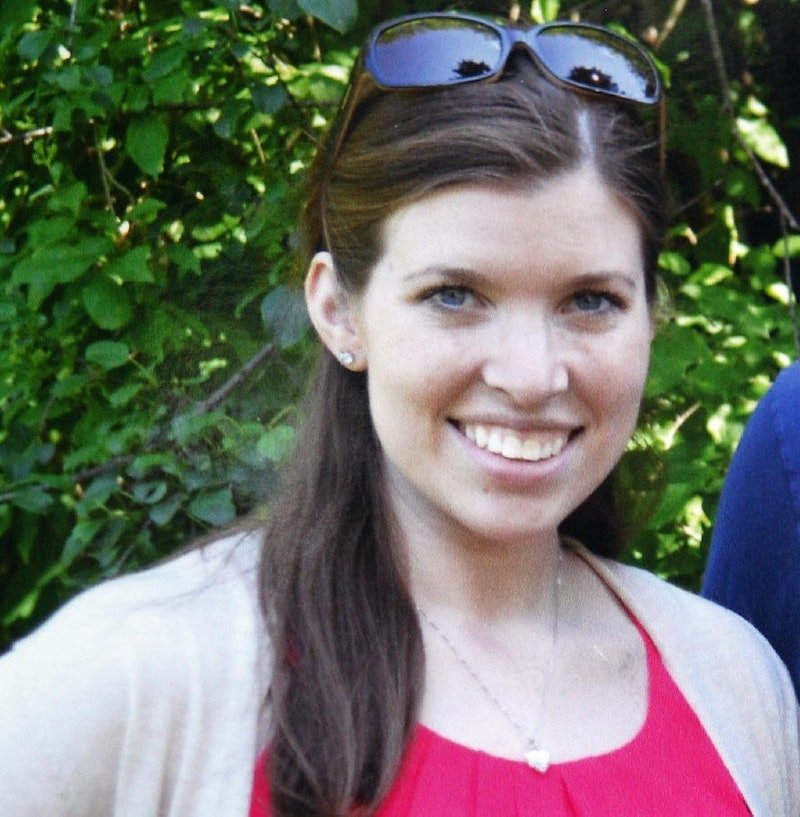 On Tuesday evening, Danvers, Mass. authorities got word that a student and teacher hadn't left Danvers High School, long after the school day had ended. Later that night, investigators found the body of math teacher Colleen Ritzer, 24, in the woods behind the school. Just a day later, one of her students, 14-year-old Philip Chism, was charged with her murder. Prosecutors claim that the school's CCTV footage and an interview with Chism confirm him to be Ritzer's killer, and that he murdered Ritzer inside the school and dumped her body in nearby woods. Later Wednesday, Chism pleaded not guilty to the murder charge in Salem District Court.

Investigators are keeping tight-lipped about a possible motive. On Tuesday evening, after the alleged murder, Chism was reported missing — he'd recently moved to the area from Tennessee — and investigators told the Boston Herald that they believe Chism went to a local movie theater after Ritzer's death. By Massachusetts law, adolescents as young as 14 can be tried as adults, and due to the nature of the alleged crime, Chism is being charged in adult court. If he's convicted, then he'll likely face a more severe prison sentence at an adult facility.

Meanwhile, the town of Danvers is mourning the loss of a beloved teacher. Friends, family, and authorities have testified to Ritzer's enthusiasm as a teacher and passion for her students, and the Twitter page and math website Ritzer left behind suggests she kept in constant touch with her students, encouraging them to enjoy math and to come to her if they needed help.

Her "Ms. Ritzer" website has been taken down, but her Twitter page remains: her bio reads "Math teacher often too excited about the topics I'm teaching." Ritzer Tweeted encouragement at her students almost 500 times.

Chillingly, Ritzer is the second American math teacher murdered in two days: Nevada math teacher Michael Landsberry was shot by one of his students in a Sparks Middle School classroom first thing Monday morning. And on Wednesday, a 11-year old student in Vancouver, Wash. brought a handgun, several knives, and hundreds of rounds of ammunition to school. The boy was arrested and nobody was hurt, though the school was placed on lockdown for two hours.