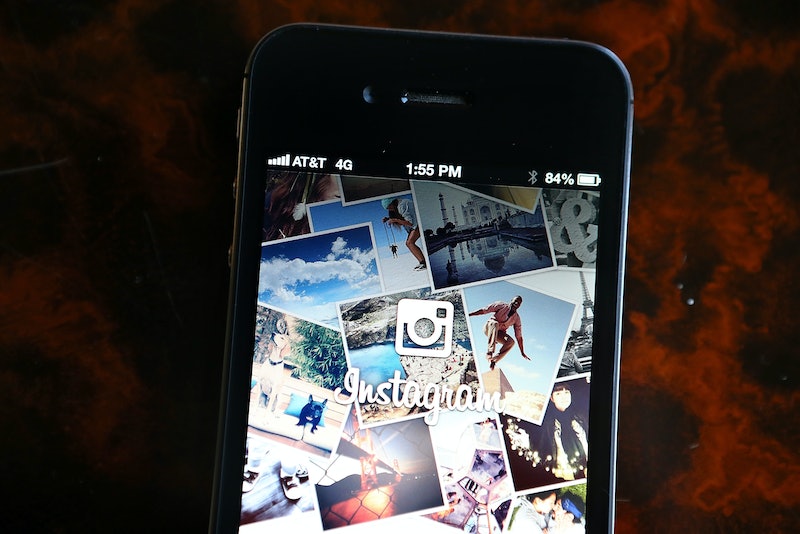 The White House has picked a bad week to partner up with Instagram. The photo-sharing application is under fire for deleting a user's account after she posted a photograph of her unwaxed bikini line — even though the app freely allows hashtags like #rifleforsale and #2CI, which encourage gun and drug sales. (Plus, Instagram's fine with allowing plenty of pictures of waxed bikini lines.) Instagram is of course owned by Facebook, who have also had a bad week when it comes to privacy controversies: On Tuesday, Facebook reinstated a viral decapitation video, citing the importance of social activism, and then removed it again a day later after a flurry of criticism. Make up your mind already, Zuck.

So, what kinds of devious behavior is Instagram fine with? Gun and drug sales on Instagram are actually nothing new, but the issue has been recently emphasized in media reports. Hashtags like #2CI and #2cB, say ABC News, prompt scores of photographs of drugs — 2CI and 2C-B are psychedelics, new and popular on the American drug scene — plus contact information for the purchase of them.

And Instagram gun sales are an even bigger business: after all, there's no federal law regulating gun sales via social media, and private sales (ie. not from a licensed dealer) often don't require background checks for buyers. If you're looking for a gun, combining its name — let's say AR15 — with the hashtag #forsale (so, #AR15forsale) will prompt dozens of results on Instagram.

By clicking on one of the images, you can see photographs of the gun, read about its specifications, and contact the seller to make plans for a purchase.

Meanwhile, Instagram is in hot water for erasing the account of user Petra Collins, a Canadian visual artist and photographer, who designed the "Period Power" American Apparel T-shirt that last month. Recently, Collins found that her Instagram account was no more, apparently because she'd posted this:

I did nothing that violated the terms of use. No nudity, violence, pornography, unlawful, hateful, or infringing imagery. What I did have was an image of MY body that didn't meet society's standard of "femininity". The image I posted was from the waist down wearing a bathing suit bottom in front of a sparkly backdrop. Unlike the 5,883,628 (this is how many images are tagged #bikini) bathing suit images on Instagram (see here and here) mine depicted my own unaltered state - an unshaven bikini line. Up until this moment I had obviously seen and felt the pressure to regulate my body but never thought I would literally experience it.

Parent company Facebook has worked hard to listen to the opinions of its users when it comes to "adult" or "inappropriate" content, but the company seems to be getting it wrong again and again.

This week, the California giant offered up two contradictory press releases in regard to a viral decapitation video, which had been posted on Facebook, removed, re-instated, and later pulled off the site again. And even before that, Facebook came under fire for its policies on photos of breastfeeding (which were initially deemed "explicit content") and rape memes, which Facebook at first refused to remove — then later decided were "inappropriate."

The drama doesn't stop there: last week, after Facebook relaxed its privacy settings for its 13-to-17-year-old user base, allowing them to post any content to "Public" users, it was accused of ignoring the wellbeing of its users for the sake of advertisers.

So, how does Facebook's sins compare to Instagram? Well, Instagram never had that setting for teenagers in the first place: any user, regardless of age — and there are a lot of "tweens" on Instagram — has always been able to see any content on Instagram, from drugs to guns to, God forbid, someone's unwaxed bikini line. So it's a really bad time for the White House and Michelle Obama to partner up with Instagram to post a series of photographs this weekend from the Jacqueline Kennedy Garden, the Rose Garden, and the South Lawn. It's all part of what's been catchily dubbed the White House "InstaMeet."