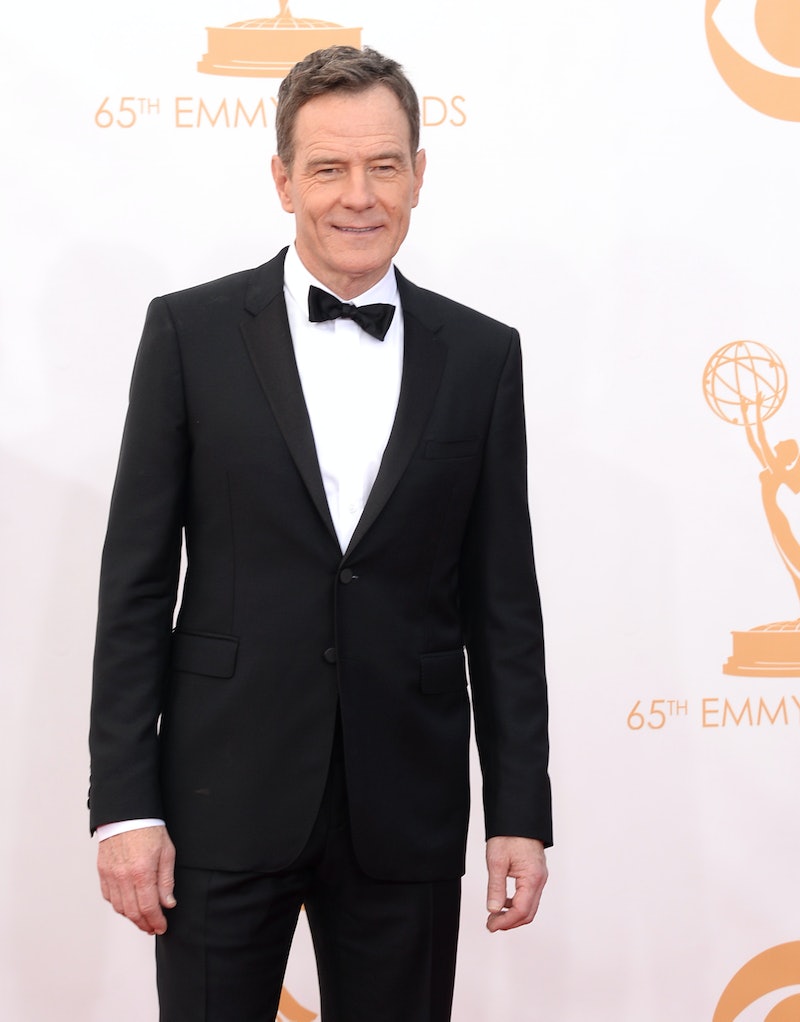 Okay, maybe that was an obvious joke to make in the headline up there, but I don't care — Bryan Cranston's voice is so soothing and wonderful that I would buy the stupidest infomercial items from him if he was doing the voiceovers for their commercials. So, take this as yet another reason Apple's marketing department is genius: Post-Breaking Bad, Bryan Cranston is doing voiceovers for Apple iPad Air commercials, and it's wonderful. I don't even know what he's saying, and I'm already looking up iPad Airs, just because of this. What can I say? I'm a product of my generation.

But seriously, this was a hugely smart move on Apple's part. Of course they knew that blogs would be sharing this promo today — Bryan Cranston's voice is one of the most recognizable in Hollywood, kind of like John Krasinski's in those Esurance commercials, and David Duchovny's in those Pedigree commercials. They knew people like me would be writing about it and sharing it on Facebook and discovering that the iPad Air is "unbelievably thin and light" — and that's what makes them millionaires and me with only ten bucks in my wallet.

More like this
Behind The Hilarity Of The "POV: You Walk Into My Room" TikTok Trend
By Lexi Inks
Why TikTok Is Flooded With Controversial Videos About "Pick Me Girls"
By Courtney Young
Camilla Paid Tribute To The Queen In A Heartfelt Video Message
By El Hunt and Sam Ramsden
How To Turn Off Night Mode On Your iPhone Camera
By Emma Carey
Get Even More From Bustle — Sign Up For The Newsletter