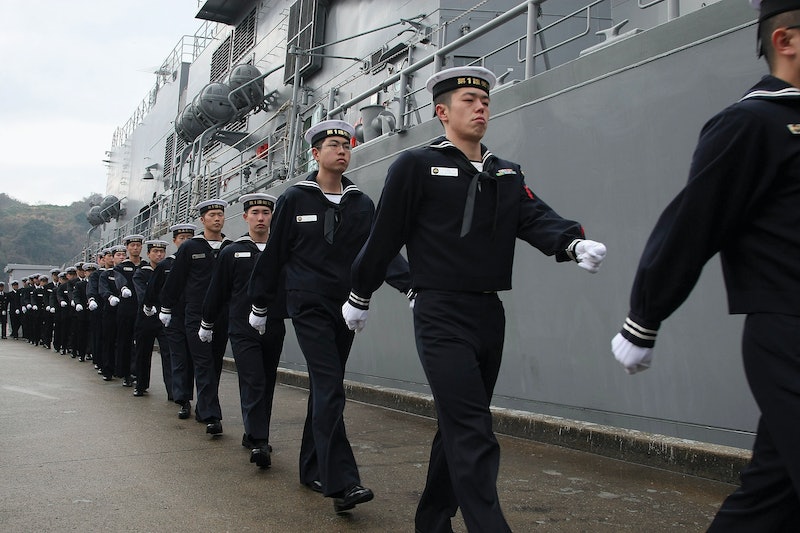 Two men were shot Thursday afternoon outside an Army National Guard recruiting center, located close to Millington Navy Base in the city of Millington, Tenn. The Navy confirmed that an "incident" had occurred, adding that the base was not "under an active shooter situation," and that a suspect is in custody. Two people were wounded, according to the local police chief: one was shot in the foot and the other in the leg, and both are in "non-critical condition." According to CNN, a National Guardsman got into a fight with two other soldiers outside the recruiting center. The gunman was then "subdued" by others nearby, said Millington police chief Rita Stanback.

It's been just six weeks since Aaron Alexis fatally shot 12 people and wounded 3 more at the Washington, D.C. Navy Yard.

The nearby naval base was initially put on lockdown, which the Navy confirmed they'd lifted after arresting the suspect. More than 7,500 employees work at Millington Navy Base.