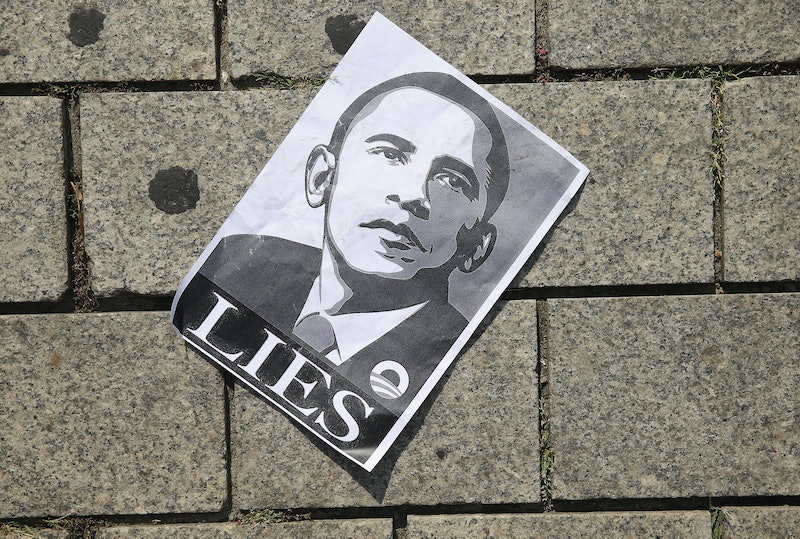 Documents leaked by Edward Snowden are causing international controversy this week as rumors swirl that the NSA is monitoring none other than German Chancellor Angela Merkel's cell phone. The United States is denying the allegations, but promised to review "the way that we gather intelligence to ensure that we properly balance the security concerns of our citizens and allies with the privacy concerns that all people share.” Certainly, we assume Germany is no terrorist threat, but these and other revelations all beg the question, once again: How important is the National Security Agency's surveillance program to our national security, really?

After former NSA contractor Edward Snowden released classified information about PRISM and other surveillance programs to journalists Glenn Greenwald and Laura Poitras this summer, President Barack Obama claimed that the NSA programs had thwarted about 50 attacks around the world. "Lives have been saved," he said. That number sounded like a lot — after all, stopping 50 attacks could have saved tens of thousands of lives. But it turns out that’s not exactly the truth. ProPublica fact-checked claims made by the president and other government officials, and their findings leave more questions than answers.

First, ProPublica’s Justin Elliott and Theodoric Meyer compared the wordings the government has used to talk about how surveillance programs have impacted national security. Congressman Mike Rogers referred to attacks “stopped and thwarted” by the programs, while a NSA chart declassified in July said the intelligence “has contributed to the [U.S. government’s] understanding of terrorism activities and, in many cases, has enabled the disruption of potential terrorist events at home and abroad” — a far different claim.

At other times, Gen. Keith Alexander, the NSA’s head, clarified that the total number included 42 terror plots and 12 cases of individuals providing “material support” for terrorism, but a slide at the same event simply said that there were (all caps is not a mistake here) “54 ATTACKS THWARTED.” Other elected officials repeated the number — 54 ­— in various contexts.

These statements seem incredibly vague and imprecise for such a politically fraught topic. After all, if exactly 54 attacks (or 42, or whatever the number might be) were stopped by NSA’s surveillance programs, why doesn’t the government do a better job presenting the information? If that is in fact the honest-to-God truth, why not launch a massive campaign to shift public perception?

NSA surveillance did however aid in the arrest of at least one bad guy: a 36-year-old cab driver who emigrated from Somalia as a teenager. He allegedly sent $8500 to war-torn nation to support Somali-based terrorist organization al Shabaab. Which is bad, of course, but hardly a ticking time bomb.

The good folks at ProPublica rounded up the other three identifiable cases that the NSA is credited with helping prevent. (For those of you keeping track at home, that's less than a tenth of all the incidents the administration says NSA surveillance helped prevent.)

But the first incident, involving a 2009 plot to bomb the New York City subway system, apparently didn't require the unchecked powers of a surveillance state to prevent. The NSA intercepted an email sent by Najibullah Zazi to a known al Qaeda member abroad. The communication gave away his plot and led to Zazi’s capture. The catch is that the NSA didn’t need unlimited surveillance powers to intercept communications with known al Qaeda operatives. Whoops.

In another case, a Chicago man named David Coleman Headley was involved in planning the 2008 terrorist attack in Mumbai. The NSA claims that it helped prevent another attack planned by Headley on a Danish newspaper, but ProPublica found that the credit for that actually goes to British intelligence forces.

The final incident ProPublica looked into involved a potential attack against New York’s Stock Exchange. But in that case, it looks more like three American men with bad intentions got scammed into sending thousands of dollars to Yemen. No real steps were taken to implement the plot.

One case — or two, if you count that last one — of financial support for terrorism (not an impending attack in either case) sounds a lot different than 54 or 42.

At first, it seemed plausible that there actually had been quite a few attacks that were thwarted using NSA secret surveillance strategies. After all, if a super-secret spy agency used super-secret data collection methods to thwart super-secret potential attacks, disclosing that the attacks had been thwarted would jeopardize the surveillance program.

That all makes sense. But now that Snowden's leaks have shown the whole world exactly what U.S. spy agency are doing — and as the U.S. has fewer and fewer friends in the world with every coming revelation — it seems to us that it's time the NSA present some evidence. After all, what do they have to lose at this point? Their credibility? Their privacy?