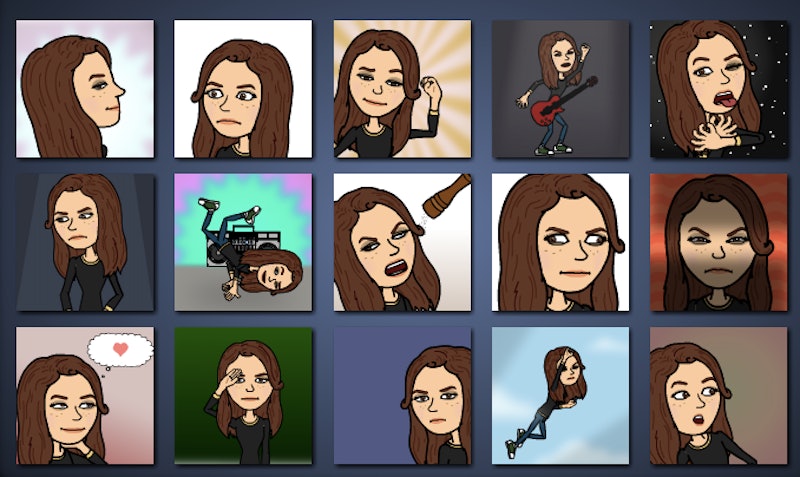 By now, you've probably heard of Bitstrips, the cartoon-generator application that's been cluttering up your Facebook page and keeping you from doing anything productive. The start-up from Toronto has gone viral overnight after its mobile launch, with analysts dubbing it "the next step in the evolution of social media." It's a pretty simple idea: you become your own cartoonist, first creating a "You" avatar — think of it like a visual Facebook page, with your name and characteristics attached — and then drop your second-self into fun cartoon situations alongside your friends' avatars. At less than ten months old, Bitstrips is already beloved by millions of users, thanks to a Facebook app, an iOS version, an Android application, and a devout fan base.

"Bitstrips is hard to categorize because it's not a game. It's a new way to express yourself and interact with your friends," said Bitstrips' CEO Jacob Blackstock. "Instead of posting the same things as everyone else, you can create something that relates to your life." As of July this year, more than 50 million cartoons had been shared between Bitstrips friends.

It was time, I decided, to try Bitstrips.

First, I created my own avatar, picking out eye color, body shape, hairstyle, type of nose, width of eyebrows, and outfit. The goal is to design an avatar as close to your three-dimensional self as possible. This guy nailed it.

After I'd come up with my own second-self, it was time to decide on a "profile photo," which will pop up beside my name when my friends log in — just like on Facebook.

So, asked Bitstrips, what did Avatar Jenny want to do today?

Why yes, Bitstrips, it is only a matter of time before Jenny will get her basketball sponsorship.

So what else can Bitstrips do? Let's say it's Monday morning, and you're exhausted at work. You could make something like this, and upload it as your Facebook status.

Or, after a very punishing gym session:

Like every social-networking application, the fun really begins when your friends and family get involved. (Even though Cartoon Jenny looks like she's having a ball by herself in Mexico. God, she's so much cooler than me.) If they don't have their own profiles on the site, you can design them yourselves — like this guy, who carefully made a Bitstrips replica of his family.

Or, if you so wish, you could design a bizarre Royal Baby mash-up with Ellen Degeneres. (Hey, we didn't make it...)

Plus, the Miley Cyrus possibilities are endless.

Hell, you can even design event invitations.

The Web has had mixed reactions to Bitstrips bursting onto the scene. Take the Guardian Express, which wrote that "In a market already choked with soul-numbingly annoying applications for social networks and mobile devices, such a rapid ascent into widespread frustration of others is considered remarkable."

It's true that Bitstrips users tend to be adolescents and young adults, with one in four users in their teens. But there's no reason why older generations won't adopt it, too. As the Express glumly notes:

This infection rate is even higher than that of even the world’s most deadly viruses, such as Ebola Zaire hemorrhagic fever... From being a relatively unknown app only a year ago, Bitstrips has grown at an amazing and nauseating speed.

Nothing problematic about that comparison. Along with the standard cartoon feature, Bitstrips has launched a strange offshoot named "Bitstrips 4 Schools," which encourages schools to use Bitstrips to combine the lessons they're teaching with avatars of their students. Some have already created class-photo replicas, because sitting for class photographs is apparently a thing of the past.

Hey, anything to bring a little fun to math...

And you can bet there's even more to come. According to the company's marketing chief:

We’re exploring native ads, and we’re adding premium content and features like premium clothing. We’ll also be bringing your Bitstrips character into the real world with plush toys … The next big brand is you and your friends. You are the next superhero.

Way to pander to our generation's predilection for self-grandeur, Bitstrips. It's working.