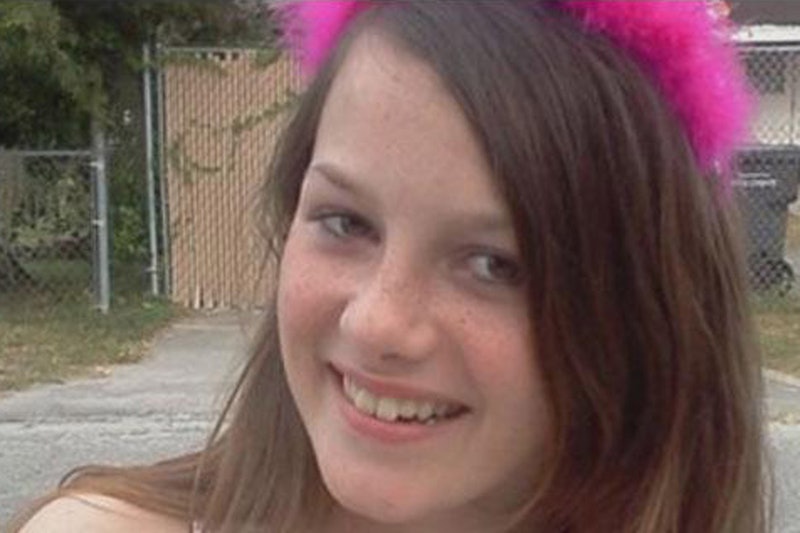 At a court hearing today, the defense lawyer for one of Rebecca Sedwick's bullies has said he won't let his 12-year-old client, Katelyn Roman, "be bullied" by national media. Roman, Sedwick's former best friend, faces felony aggravated stalking charges in connection with Sedwick's suicide in September. After months of text and cyber-bullying stemming from her relationship with a boy, Sedwick, 14, climbed a tower in an abandoned concrete plant and jumped off in September.

Although attorney Jose Baez praised Polk County Sheriff Grady Judd for bringing attention to bullying, he added that it shouldn't be done at a Roman's expense. "This girl deserves more than having her face plastered across the country and being blamed, directly blamed for the death of one of her friends," Baez said. "I'm not going to let her be bullied."

Roman is not to be lumped in with Guadelupe Shaw, added Baez. Shaw is the 14-year-old who's also been charged for her role in Sedwick's death. The girls' arrest came after this post on Shaw's Facebook. (Shaw later told police her account had been hacked.)

Shaw has been described by Judd as being "very cold, had no emotion at all upon her arrest." For the pre-teen, Baez says, it's a different story — and the media should go easy as a result. Court papers allege that Shaw took the lead in bullying Sedwick and might have convinced the 12-year-old to turn on her friend. Roman has reportedly admitted to the bullying and apologized for it.

"This is a tragic, tragic story…and when you're dealing with an emotionally vulnerable 12-year-old girl these things need to be handled with kid gloves," he said. "She feels absolutely horrible for what happened to Rebecca."

Meanwhile, Sedwick's mom, Tricia Norman, represented in part by former Florida Governor Charlie Crist, is "exploring all legal options" to obtain "justice" for her child's death, including possibly suing the bullies' parents or the school district. A website Norman and her attorneys set up to raise money for Sedwick's funeral and future anti-bullying advocacy surpassed its goal of $5,400 in just one day, clocking in at more than $8,000 so far.

According to Judd, both Sedwick and Shaw grew up in "disturbing" family situations. Judd has alleged that the bullying "only contributed to" Sedwick's suicide, and Judd's mother, Vivian Vosburg was recently arrested on child-abuse charges.