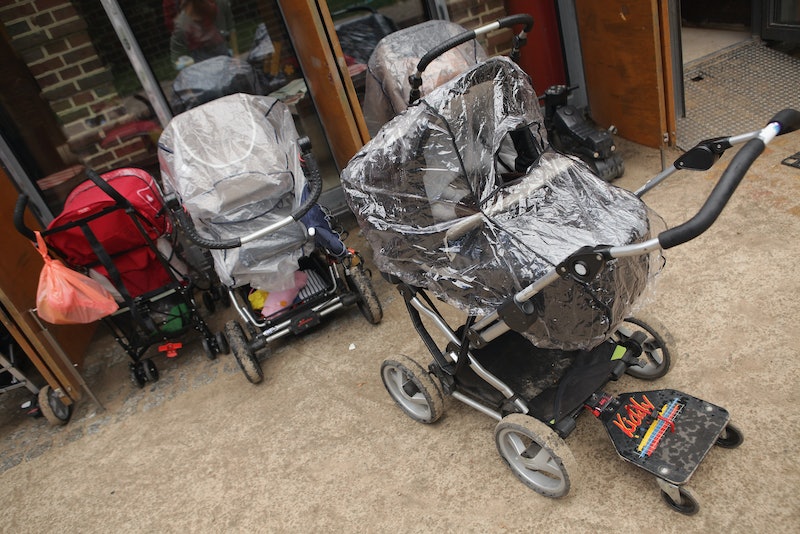 Women who haven't had children by age 35 feel judged by family and friends for it, according to a new British study. In the UK, a fifth of women reach age 45 without having children. The statistics are similar in the United States — about one in five American women in their childbearing years don't have kids (compared with 1 in 10 in the 1970s), according to Pew Research.

The new study—conducted by Infertility Network UK and pharmaceutical company Merck Serono —involved 500 British women between the ages of 35 and 45 without children. More than 60 percent said they were stigmatized for not having kids yet.

Earlier this week, we saw writer and Vice co-founder Gavin McInnes calling women who want careers rather than full-time motherhood unnatural. And earlier this fall, one of Britain’s top reproductive biologists used her time at the British Science Festival to remind women to mind their biological clocks. It's not surprising then that women without children feel pressure to have them or judged for not having them yet.

But it's not media or academia exerting the most pressure on childless women. Survey respondents cited family and friends as the greatest sources of baby guilt or shame. And about 40 percent said they're too embarrassed to even talk about fertility issues with family or friends, which seems especially sad.

It's worth noting that the survey involved only women who want to have children but haven't yet, for whatever reason. Women who want to become mothers might feel more sensitive to stigma than those who don't. Of course, it also seems like those who want kids but simply haven't had them yet would receive less criticism than women who remain childfree by choice. Maybe the point is that it doesn't make a difference what your reasons are. In our baby-frantic culture, people will judge childless women — and make this judgement known — no matter what.

More like this
35 Genius Secret Santa Gifts For Someone You Don’t Know Very Well
By Rebecca Deczynski and Lauren Grant
Emily Ratajkowski & Pete Davidson's Astrological Compatibility, Revealed
By Nina Kahn
This AI Filter Shows How You’d Look In Different Time Periods
By Alexis Morillo
14 Easy Ways To Find Joy During The Holidays
By Carolyn Steber
Get Even More From Bustle — Sign Up For The Newsletter