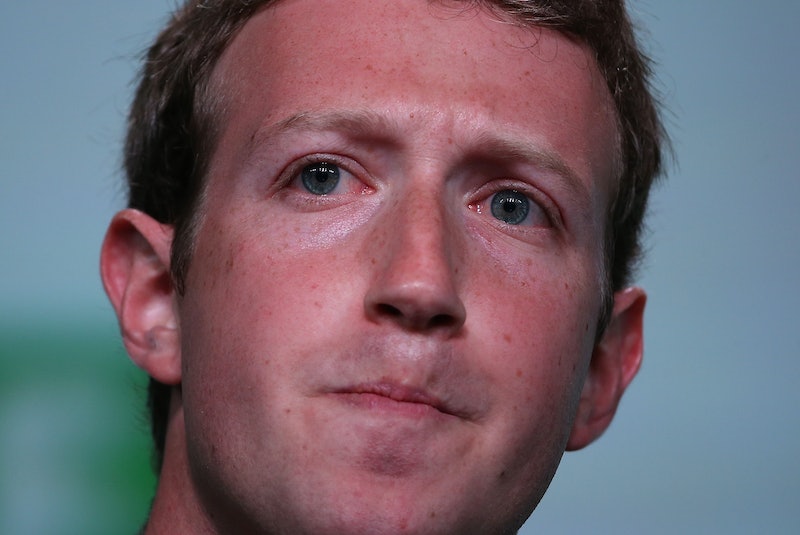 With all of Mark Zuckerberg's grand plans to save the world, it'd be pretty awkward if Facebook met the same fate as MySpace. And that might just happen: a new research report by asset-management firm Piper Jaffray indicates that, for teens, Facebook is so last year. Twitter has officially overtaken Facebook as the most important social-networking site to adolescents, and Instagram is steadily creeping up on both. Handily, Facebook owns Instagram, but Zuck will still wince when he reads teens' cavalier accounts of Facebook being a thing of the past: "If you make a Twitter and an Instagram, then you'll just kind of forget about Facebook," said one 14-year-old.

Zuckerberg admitted in September that Facebook was no longer a "cool" product, but maintained that it was still a popular one — according to Business Insider, Facebook won't release statistics, but anonymous execs claim that adolescents use Facebook more than they say. In a talk at the Atlantic, Zuck laughed off fears that Facebook would lose its "cool" factor:

People assume that we’re trying to be cool. It’s never been my goal. I’m the least cool person there is! We’re almost 10 years old so we’re definitely not a niche thing any more so that kind of angle for coolness is done for us.

But everybody knows that if there's one demographic deeply concerned with what is and isn't "cool," it's teens. Seriously: the Facebook drops in the Piper Jaffray graph are sharper than cliff faces.

Piper Jaffray releases a report on the social-networking habits of American teenagers four times a year, and the latest marks the 26th report. For the last 25, Facebook had beaten all its competitors.

(NB: may not quite be the real Mark Zuckerberg, but the point stands.)

In July, Zuckerberg assured investors that Facebook monopolized the social-networking arena for American teenagers. Since advertisers have their pick of sites to choose from when it comes to targeted ads, it's in Zuck's interest to pretend nothing's wrong — but last week, Facebook unexpectedly rolled out a change to teens' privacy policy.

The change allowed teenagers to share their posts with "Public," which they couldn't do before. The move was widely seen as an attempt to sweeten up advertisers — if teens are sharing all their personal information, advertisers can better target ads at them — who, let's remember, have the entire rest of the Internet to pick from when it comes to teens. So this might not be quite so coincidental, or aiming to promote social activism, as Facebook put it.

Deep breath, Zuck. After all, MySpace made a comeback — oh, wait, that didn't quite work.