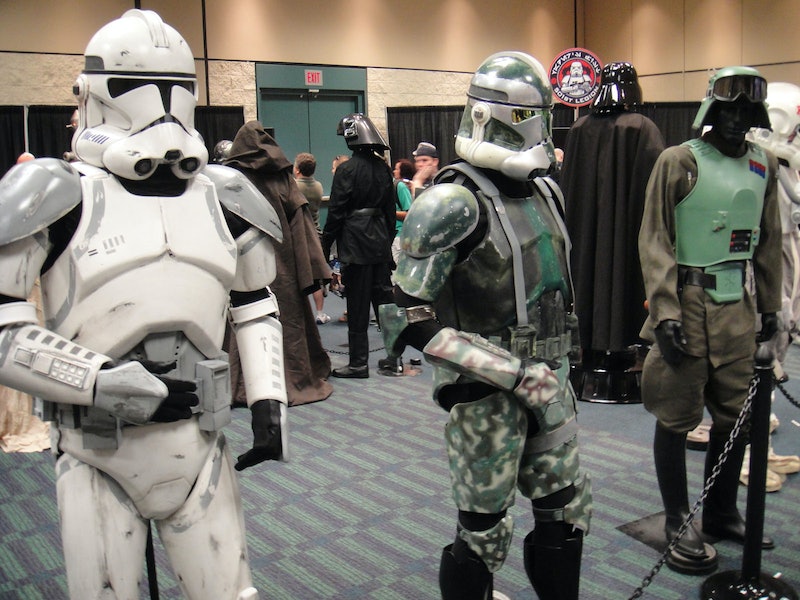 The University of Colorado at Boulder, perhaps best known for one of the country's largest annual 4/20 celebrations, which the school has only recently managed to shut down, is making news this week for a different reason: an email it sent to students asking that they please think before choosing a potentially offensive Halloween costume.

The email, from Dean of Students Christina Gonzales, listed “blackface,” “sombreros” and “costumes that portray particular cultural identities as over-sexualized, such as geishas,” as ones that students might want to stay away. It also reminded members of the student body that although they have “the freedom so be expressive,” the university is very diverse and “values inclusiveness, respect, and sensitivity.”

Well, Fox News disagrees. According to a piece on their website, this letter is clear a warning “of the dangers of donning a costume - almost any costume,” even though the CU email made no reference to dressing like movie stars, historical figures, animals or good old fashioned ghosts or monsters. Fox also took issue with the University of Minnesota and the University of Ohio for sending students similar messages.

The National Review, a conservative magazine, also condemned the University of Colorado's email, saying that “Halloween itself also perpetuates stereotypes about pagans. So bloody what?” The lovely commentators then go on to call university officials “fascist,” make jokes about Mrs. Butterworth, and blame Native Americans for their own genocide. Delightful.

And what about the poor kids who are being subjected to this costume tyranny? “I thought it was appropriate,” said Christina, a student at the university. “It should be common sense not to do something insulting.” She will be dressing up as a zombie.

Another student, Reghan, agrees. “I don’t think it should be made into a big deal,” she told Bustle. "I think it should be taken into consideration what a costume is and whether or not its offensive. But at the same time it should be your choice.” Which, after all, it still is. “I’m going as Daphne,” she adds with a laugh. “From the Mystery Gang. Hopefully that won’t offend anyone.”

So much for the idea that there are no costumes left now that blackface is out.

But it’s likely that most students aren’t even aware of the university’s suggestions. The most common response of the students I tried to speak with on the CU campus was something along the lines of “What email?” Several either admitted they did not read it or didn’t even remember receiving it. That's unsurprising given that half of all students in 2011 also thought the 4/20 celebration held on campus was a school-sponsored event, despite the emails the university sent out practically begging students not to attend.

This is the administration accused of dictatorial control over its students? Try again, Fox News.