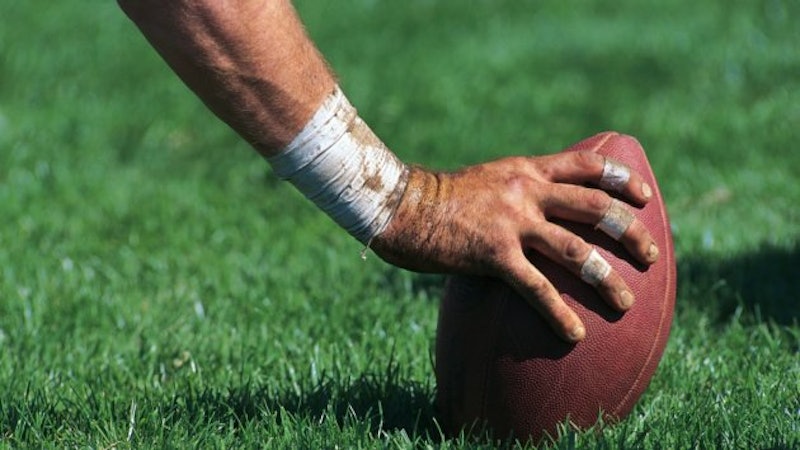 The staff members of Steubenville High School may not have tried to cover up the rape of a 16-year-old student last year, but some of them are sure acting like it. As Bustle reported, the school’s IT director, William Rhinaman, was indicted by a grand jury earlier this month for tampering with evidence, obstructing justice, and perjuring himself during the investigation. In reaction to Rhinaman’s indictment, one of his colleagues told another that “we shouldn’t just sit back anymore while our community is being attacked,” and lamented that the indictment could negatively affect the school's football team, according to a leaked email.

The conversation, which took place between a guidance counselor and a coach, was passed along to novelist James Renner by a member of the school’s staff. In it, the two staff members discuss “pick[ing] up some type of card for us to sign” for Rhinaman, and “letting him know his friends are behind him.” One said that it was “outrageous that he is in jail without bond,” and lamented that “Its [sic] just really disappointing that Big Red is the focus of this grand jury.”

(Big Red is the name of the school’s football team, of which the two convicted rapists were members)

One shouldn’t yet presume that Rhinaman is guilty. If he isn’t, it’s entirely understandable that the school’s staff would want to support him. The problem is that the state is investigating specifically whether or not the school’s staff colluded with one another to protect known rapists within the student body, and in that context, referring to the investigation as “our community...being attacked” sounds really bad. Furthermore, the reference to “Big Red” suggests that the school’s football team is the primary concern of the staff, which lends credence to the initial allegations that there was a cover up to protect the team members (and, also, comes across as a tad insensitive when the issue at hand is the gang rape of an underaged girl).

In case you’re unfamiliar with the Steubenville case, a 16-year-old girl was raped at a party last year by two members of the football team who, along with a couple of friends, recorded the attack and disseminated it on social media. The town, which is big into football, immediately turned on the victim, who received death threats and was placed under police protection.

After the two players were convicted and sentenced, Ohio Attorney General Mike DeWine announced an investigation into whether school authorities acted negligently once they knew about the rape. Rhinaman’s indictment earlier this month was the first major arrest in this case.

Rhinaman has pled not guilty and will appear in court on Decemer 6th.