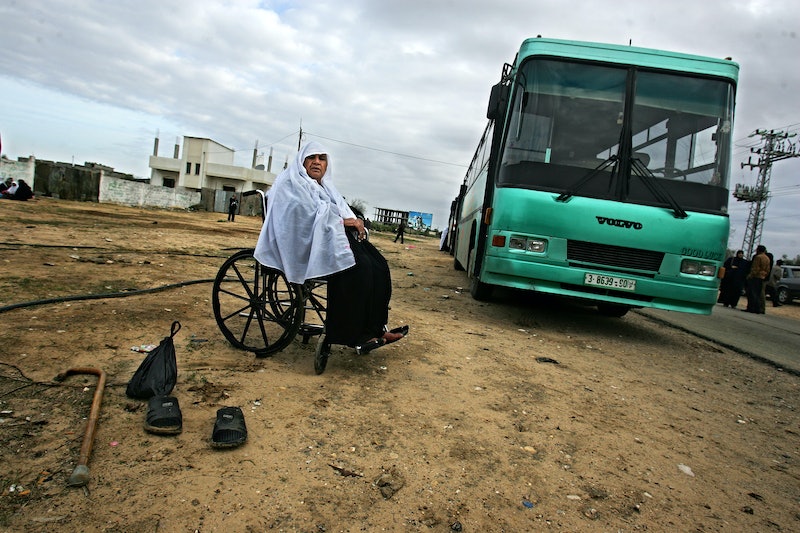 Following an unprecedented social media campaign calling for women in Saudi Arabia to be given the right to drive, females in the kingdom jumped behind the wheel Saturday to physically protest the restriction. According to activists, 60 women are claiming to have answered the call to defy the ban — by the afternoon, five videos had been posted on the campaign's YouTube channel and Twitter account, showing women driving cars in Riyadh, Jeddah and the region of al-Ahsa.

The culmination of a decades-long struggle for what is seen as a straightforward human right, campaigners called on women with foreign drivers licenses to take control of their vehicles Saturday and, along with a male relative, drive through their daily activities. One campaigner said the group has so far received 50 phone messages and 13 video clips from women in the kingdom who said they'd taken their cars out for a spin.

The campaign, the third in two decades, was organized largely through social media, including a Twitter account, a YouTube channel, and an online petition launched in late September, which now has over 16,000 signatures. In so doing, the group drew support from organizations such as the Human Rights Watch and Amnesty International, who both issued statements calling for an end to the ban. Driving Training Inc, a United States- based company, even offered a virtual driving training exercise for Saudi Arabian females to “experience instruction from their home via computer link up with a live instructor that includes real-time interaction.”

“This is an exciting opportunity for interaction with the beautiful, smart and capable women of Saudi Arabia seeking driver education,” the owner of Driver Training Inc. said. “We are hoping to bring a powerful new way to learn safe driving skills in a fun, informative and interactive manner.”

But the group has also faced fierce antagonism. Both the group's website, oct26driving.org, and its YouTube channel, were hacked late Friday by people who opposed the movement: the page now reads, "I am against women driving in the land of the two holy shrines." And that wasn't the only hostility the campaigners had to deal with. Earlier in the week, over 150 religious scholars and clerics protested in Jeddah against what they called "the conspiracy of women driving," and on Friday, mosques across the nation broadcast speeches on warning women to stay home.

Under Saudi Arabian law, protests are considered illegal, and two years ago, an activist, Manal al-Sharif, was put in jail for challenging the driving restriction by posting a video of herself driving. But in spite of fears surrounding the possible consequences of Saturday's protest, a security official confirmed that no female drivers have been arrested.