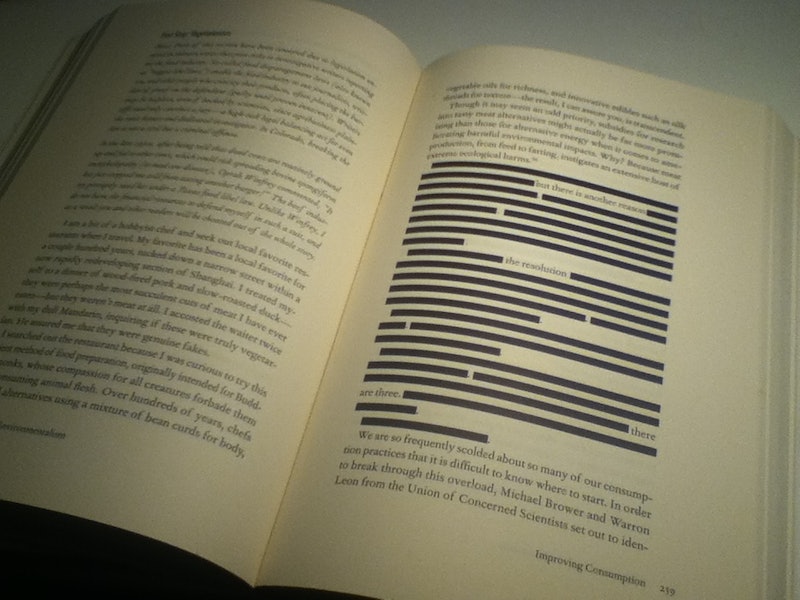 Last week, Iran’s culture minister Ali Jannati announced that the department will soon begin reconsidering books that they had previously banned, potentially allowing Iranians access to the formerly restricted titles. This is a huge step forward for a country that routinely denies its citizens access to books, movies, television programs, music, and websites that are deemed in any way objectionable. Many see the change in policy as the direct result of new president Hassan Rouhani, who was elected as a moderate.

The job of determining which materials may or may not be distributed in Iran falls under the jurisdiction of the ministry of culture and Islamic guidance, and as the name might suggest, the ministry does not allow any materials deemed immoral or counter to the Iranian Islamic revolution of the 1970s. All books published within the country, as well as any imported translations, must first go through a review process, where they are read by one or more censors who also use software to scan for banned words, which include everything from curse words to references to female body parts. Books can have certain passages blacked out or even be denied altogether.

Jannati, however, has denounced the severe censorship that occurred under former President Mahmud Ahmadinejad, a hardliner who, among other things, increased Iranian censorship during his eight years in office. Jannati told reformist paper Arman that he was sad to learn that “some books were denied permission to be published only on the grounds of personal opinions.”

He also, even more tellingly went on to state, “I think if the Qu'ran was not a divine revelation, when it was handed to the book supervisory board, they would say some words did not comply with public chastity and would deny it permission for publication."

It’s uncertain which formerly denied books might be approved. Hopefully major works like The Blind Owl, written by Iranian native Sadegh Hedayat and considered one of the most important surrealist novels of the 20th century, will soon be reappearing in their native country. Since Jannati has not stated what changes might be made to censorship standards, however, there's really no way to know just yet.

Although it is highly unlikely Iran will end all censorship any time remotely soon, we are fans of any move away from censorship, and with any luck, this trend will only continue in Iran.

More like this
Romance Authors Are Mobilizing For Reproductive Rights
By Natalia Perez-Gonzalez
Aemond Targaryen's Fate On 'House Of The Dragon' Is Full Of Revenge In The Book
By Grace Wehniainen
This Episode 6 Moment Foreshadows Viserys' Fate On 'House Of The Dragon'
By Grace Wehniainen
Ling Ma Is Back — This Time, With Yetis
By Kate Dwyer
Get Even More From Bustle — Sign Up For The Newsletter