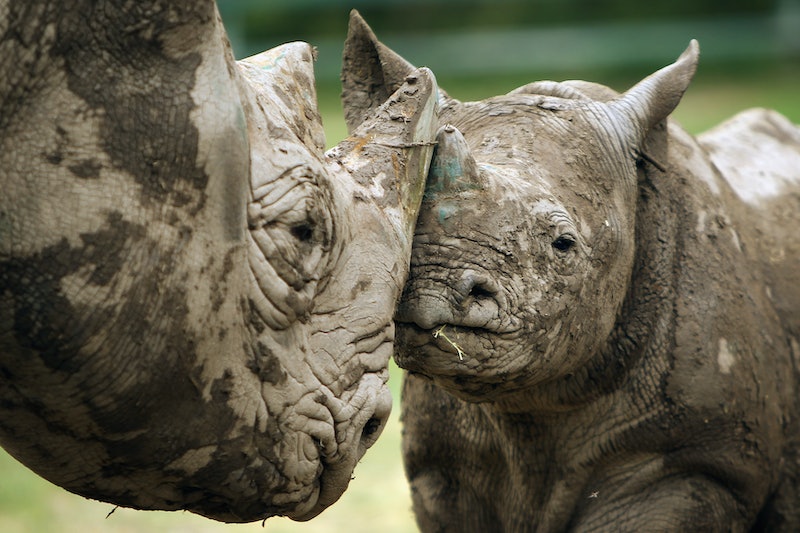 With friends like these, the black rhino doesn't need enemies. Texas' Dallas Safari Club is auctioning off a permit to hunt and kill one of the rare beasts, an endangered species with just over 5,000 members left. The group’s executive director justifies the move by explaining that killing “counterproductive individuals” within a population actually helps a species reproduce more efficiently, so really, they’re killing a black rhino to save black rhinos.

The permit, which allows one lucky hunter to shoot an endangered black rhino in Namibia, is expected to go for between $250,000 and $1 million. All of that money, the group claims, will be donated to the Conservation Trust Fund For Namibia’s Black Rhino, so hey, you can’t really get that upset with them.

"First and foremost, this is about saving the black rhino," executive director Ben Carter said, presumably with a straight face. "There is a biological reason for this hunt, and it's based on a fundamental premise of modern wildlife management: populations matter; individuals don't. By removing counterproductive individuals from a herd, rhino populations can actually grow."

The flaw in this logic is that rhinos aren’t particularly difficult to hunt. Shooting one is, in the words of Humane Society president Wayne Pacelle, “about as difficult as shooting a tank,” and so it wouldn’t really be fair to conclude that whichever one gets killed was a slow poke bringing down the herd’s reproductive capacity.

"The first rule of protecting a rare species is to limit the human [related] killing,” said Pacelle. “I think if they were multimillionaires and they were serious about helping rhinos, they could give money to help rhinos and not shoot one along the way.”

In another somewhat counterintuitive rescue effort, a conservation group in South Africa started injecting poison into the horns of local rhinoceroses last month; that way, when the horns are crushed and eaten, they’ll make people sick. Critics point out, not unreasonably, that this punishes the “end-users” of rhino horns rather than the poachers themselves.