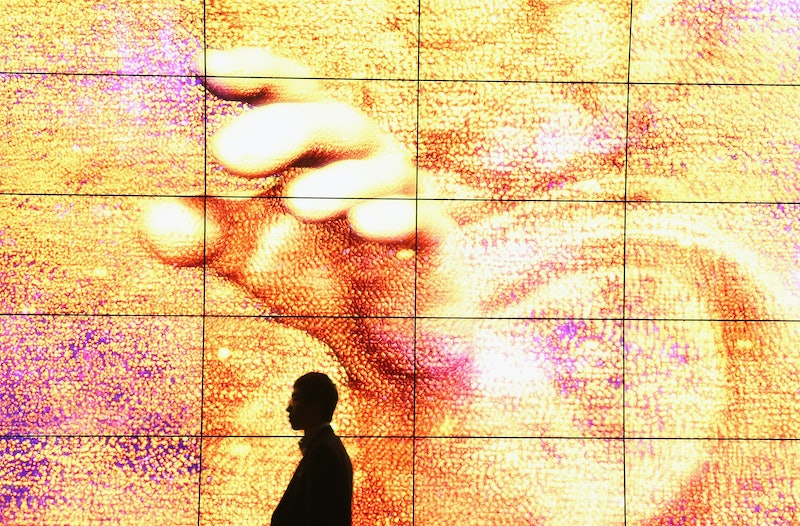 You thought LG's latest "curved smartphone" was weird enough? Well, get this: According to Monday's press release from the South Korea electronics company, the LG G Flex model will be able to heal itself from scratches. Seriously: Not only does the phone boast an "IMAX-like" visual experience — this is PR gone wild, guys — its elastic coating has the "ability to recover from the daily wear-and-tear scratches and nicks that un-cased smartphones are likely to receive." All in all, concludes the press release, the phone is "setting a new milestone in the evolution of the smartphone." We know that LG is desperately trying to beat out fellow South Korean technology corporation Samsung, but this is exaggeration taken a little far.

Here are other things that are able to heal themselves: skin and biological organisms. That's it. Yes, self-healing "smart materials" have recently become a thing — the world's first self-healing material conference was held in 2007 – but these are in the earliest stages of development, and require third-party chemical reactions, like UV light, to actually heal themselves. LG didn't specify further details about this miraculous feat of technology, aside from comparing it to X-Men's Wolverine in its Korean press release, but it's highly unlikely that "self-healing" in this sense actually means repairing itself — it's more likely that the plastic coat will minimize cracks, and protect your phone if you drop it. Like a plastic cover. Which is probably why they've guaranteed a lack of scratches "that un-cased smartphones are likely to receive."

Continues the press release: "What’s more, in landscape mode, the display offers an IMAX-like experience, with the result being the most comfortable viewing angle for watching videos or playing games."

Here is the LG G Flex.

This does not look like the same visual experience.

LG explains: "By touching the screen and dragging outward along the curved surface with both fingers, the apps appear with the effect of theater curtains being drawn.' Can someone please explain to LG what IMAX is?

The G Flex follows the Oct. 8 unveiling of the Samsung Round, which beat the G Flex to nab the title of "world's first curved smartphone." Samsung and LG are also competing for bendable displays and smartwatches, and it looks like Samsung stole the crown in this round: whispers of LG being the curved-phone victor ran wild until Samsung abruptly and proudly revealed their Round model. And they're not shy about kicking LG while they're down: in this promotional video, Samsung compares their newest model to the finest curved objects the world has to offer, including, um, lemons, avocados, and Russian dolls. It's a strange watch.

So it's understandable that LG would want to bring out the G Flex with all guns blazing, i.e. labeling itself "the world's first 'real' curved smartphone." Apparently it boasts finer video calling, a sharper and more pixellated display, and a more comfortable holding experience.