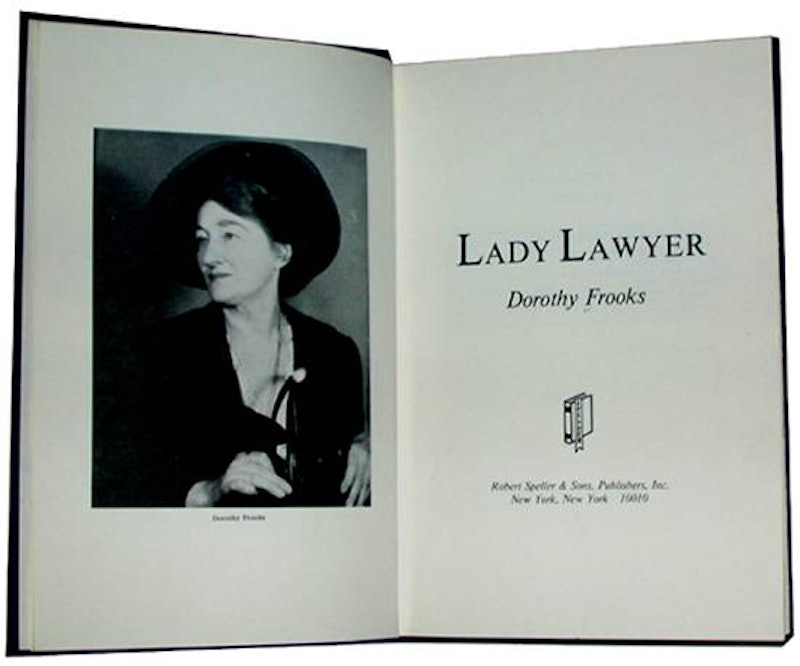 Just a friendly little reminder, gals: If you want to be taken seriously as a lawyer, speak in a more pleasant voice and stop drinking so much alcohol. Please be feminine but asexual, and stop acting like Beliebers in the court room, okay? That's the gist of a recent memo from international law firm Clifford Chase.

In an email to all female employees at U.S. offices, the UK-based firm laid out a set of incredibly patronizing and infantalizing guidelines, including a reminder that the court room is not "the high school cafeteria." Zing! As Hannah Ridge at Policy Mic writes:

"Some of this advice could be shared with all new associates. For example, "Make yourself heard" is pretty solid. But the rest of the memo shows that the firm has little faith in the women they hire."

The memo, titled “Presentation Tips for Women," informs women that their friends will still like them if they "adopt a more formal tone," so "lose the quirky mannerisms" 'cause they're only charming to your friends. "It is better to be more formal, practised and professional, even in a casual crowd," the memo instructs women associates.

In a section titled "Like You've got to Lose 'Um' and 'Uh,' 'You Know,' 'OK,' and 'Like,'" the memo reminds lady lawyers that they're not in high school and maybe they should shut up ("practice dramatic pauses") as a substitute for talking like a teen girl. It chastises women for mumbling, using words like 'dunno' and 'wanna,' speaking too quietly and talking in too high a pitch. Also, they should both "slow down" and "speed up," and for godssakes:

Resonate: fill up your mouth with your voice

Project power by visualizing filling a fat arrow extending 10' out

Your voice is higher than you hear

If you're thinking: "Wow. This is the most incredibly offensive and patronzing thing I've read in a while," you should know that this is only from the first page or so of the 5-page memo. Clifford Chase goes on to warn women against squirming, giggling, tilting their heads, eating too little or too much, drinking caffeine, drinking alcohol, hiding behind their hair, using the word "Fourscore" (show of hands: when's the last time you felt compelled to speak like Abe Lincoln?), letting audiences see up their skirts and forgetting to take off bracelets before using a microphone. Perhaps most cryptically, there's this advice on how to stand:

"Watch out for the urinal position."

There's also a dress code segment, encouraging women to wear both "something special" and "understated." It should not be a party outfit, should include something bright and can't be the same outfit worn on program photos or the company's website. And remember: "No one heard Hillary the day she showed cleavage."

Remember: No one will listen to your words if they can see a hint of your boobs, ladies. Ugh. The whole thing reads more like a memo from the vice principle of an all-girls Catholic high school than something a law firm would send actual grown-up women and employees. The firm told Above the Law that the memo represented "a personal perspective" from one of the firm's heads and was not meant to cause offense.