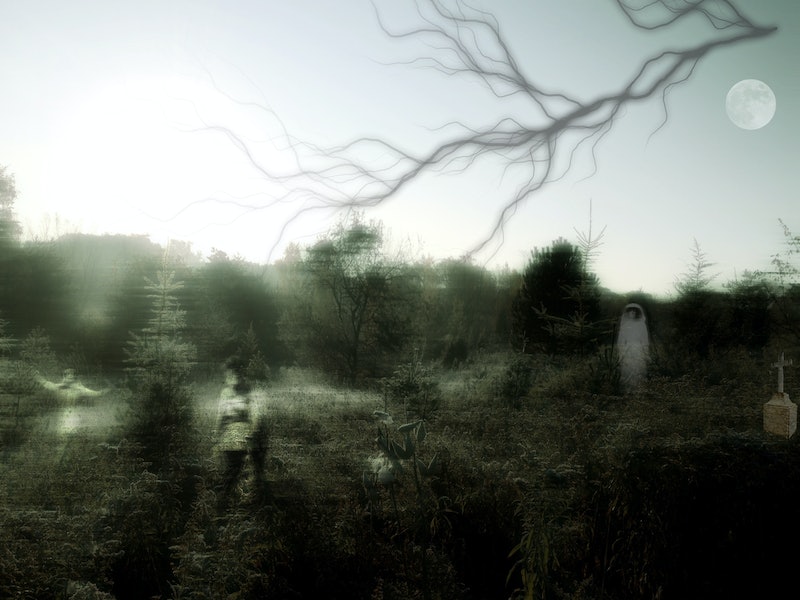 It's Halloween, and that means monsters. So many monsters it can be hard to pick just one to dress up as. But don't worry — literature has you covered. From vampires to werewolves and back again, most of our most popular monsters today were catapulted out of folk lore and into mainstream by books. But literature has taken them up again and again, and we've collected our favorite modern versions of all things that go bump in the night. Curl up with some Halloween candy and...

Ignore the movie, this book is terrifying. Told not as a single narrative but rather as a series of interviews the hypothetical "author" conducted with survivors of the zombie apolcalypse. But even though humanity wins in the end, Brooks' portrait of how the plague arose, how it was able to spread unstoppably, and what the devastation truly looked like once it reached critical mass is truly horrifying for the simple reason that it feels all too real.

Unlike World War Z, the movie version of this novel was excellent, but the original young adult book is still worth a read. Vivian Gandillon just your ordinary werewolf teen living in the suburbs with her dysfunctional pack and falling hard for a human boy who doesn't have a clue. It stands out for two reasons: 1) For once the girl gets to be the powerful monster half of the relationship and 2) The messed up pack gender dynamics are way more interesting than the romance anyway. But then the movie goes and sets the whole thing in Romania, which makes it even cooler.

Aliens: Hitchhiker's Guide to the Galaxy by Douglas Adams

Sometimes we want our monsters funny. That's when Douglas Adams has your back with his excellent cast of extraterrestrial lunatics in the whole Hitchhiker's series. From the outlawed ex-president of the galaxy to the diabolical mice looking for the meaning of life, there's plenty of adventure to go around.

Tap into your inner child and enjoy Gaiman's story about a child who grows up in a graveyard. After his parents are murdered, Nobody Owens is adopted into a family of ghosts and encounters all manner of fiendish creatures as he does his best to grow up without falling victim to the same fate that claimed his family. The book is great for kids of all ages.

Vampires: Let the Right One In by John Ajvide Lindqvist

The only thing scarier than vampires are child vampires. This Swedish novel surrounding an ancient vampire still un-living in a child's body is enough to make your blood run cold, too. From the moment troubled human child Oscar befriends the distinctly not human Eli, there was really no chance of things ending well for anyone. Beware.