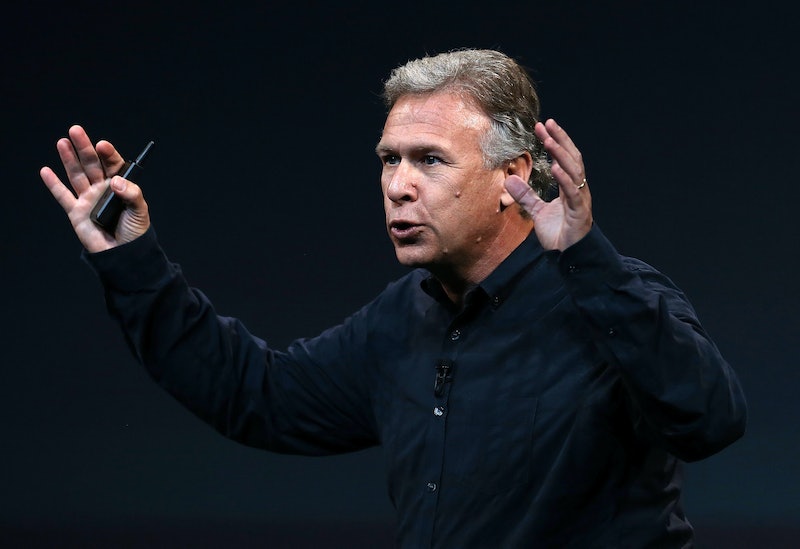 On Monday, Apple released its latest quarterly earnings report — the public reveal of sales that Apple tends to hold tightly to its chest until the last minute — and it's good and bad news. In Q4, the last quarter of the fiscal year, iPhones and iPads continue to sell as per analysts' expectations, with the company selling close to 34 million iPhones and 14 million iPads — but high sales figures couldn't stop Apple's profits from dropping for the third consecutive quarter. In other words, Apple has been losing profit all through 2013, and the trend shows no sign of stopping.

Make no mistake, the earning report marks success for some: Apple sold 25 percent more iPhones than it did during Q4 last year. The company's hold on the smartphone and tablet market remains strong, and it looks like Apple's renewed focus on iPhones and iPads, its two most popular devices, has kept consumers buying them. And profit isn't everything — Amazon famously continues to lose money every quarter, but is buoyed by investors' cash, who feel certain they'll see long-term gains. But Apple's share prices are down roughly 50 cents per share from last year, which is seen by some as a red flag for the company. Overall revenue is down half a billion dollars from last year, which sounds like a lot, but is a very small chunk of Apple's overall $35.47 billion revenue this year.

So, why are sales up and profit down? The problem may be the MacBooks: Apple sold 4.6 million Macs this year, down from 4.9 million this time last year, and, put simply, Macs are more expensive than iPhones. Think of the newest Mac Pro, for example, which will set you back a casual $3,000. But at its latest press event, Apple released a new line of MacBooks — sleeker, faster, thinner — to go with its speediest operating system to date, OS X Mavericks. This could be because MacBooks are Apple's Achilles heel.

The company has been slammed for not taking enough risks since the death of renowned founder and innovator Steve Jobs, and its latest gamble, the iPhone 5C, has fallen flat. Retailers have cut down on stocks, thanks to very low demand, and a leaked report obtained by ValueWalk allegedly suggests that the 5C makes up less than two percent of the overall iPhone population.

The next quarterly earnings report, Q1, should see stronger earnings for Apple: the holiday season tends to encourage greater revenue. Said Tim Cook: “We’re excited to go into the holidays." He added: "With our new iPhone 5c and iPhone 5s, iOS 7, the new iPad mini with Retina Display and the incredibly thin and light iPad Air, new MacBook Pros, the radical new Mac Pro, OS X Mavericks and the next generation iWork and iLife apps for OS X and iOS.”

More like this
20 Smart Devices Under $35 That’ll Change The Entire Vibe Of Your Home
By Emma Carey
The 5 Best Laptop Power Banks
By Vanessa Spilios
The 5 Best Cat Trackers
By Megan Gray
Get Your Home Ready For The Season With The Best Fall Decor From Walmart.com
By Rebecca Deczynski
Get Even More From Bustle — Sign Up For The Newsletter