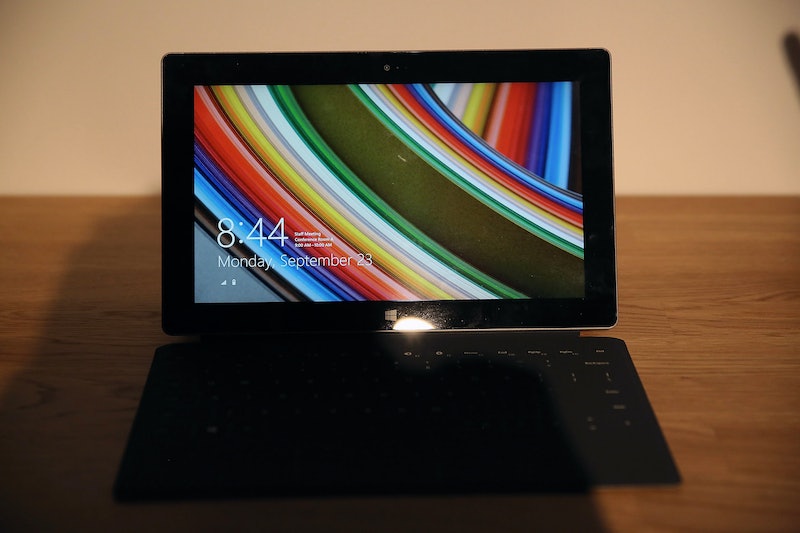 An interesting essay from Danielle Paradis at Policy Mic talked about how the Internet facilitates friendships. This is a topic that’s been on my mind for months now, if not years, if not a decade. I could tell you lots of stories about my own Internet friends, of whom Paradis herself is a new one. Though I'd typically describe her as an "Internet acquaintance," had our recent Facebook chats and emails been in-person, I probably wouldn't hesitate to describe her as a friend. And this illustrates how hard it is to talk about these things. Do digital-only friendships need qualifiers? It’s hard to explain to people who aren’t online all day, every day for work (or whatever) how real Internet friendships can be.

Danielle writes about turning to Depression Chat Rooms a few years ago during a period of depression and agoraphobia. "Early in the morning, when I couldn't sleep, I turned to (these chatrooms), where I met other people who were in different stages of depression. It was an amazingly supportive community, and support from its members made all the difference to me."

In times of crisis, digital communities can be invaluable. But Internet friendships can develop under much more mundane circumstances, too. I made my first Internet friends the fall following college graduation, when I had a Livejournal and few friends in the city I'd newly moved to. When I met a few people through some a local-arts oriented Livejournal group — including a boxing journalist who lived in my neighborhood and a poetry and lit major at Ohio State University — I was psyched just to have new people to go out drinking with. I remained in contact with both for a few years, and have been friends with them on all subsequent social media. And what had seemed so strange with those two — I remember mulling it over with real-life friends: should I actually hang out with some people from the Internet? — is now incredibly commonplace.

Not long after that, I began finding myself interacting (and flirting) frequently with one guy in the comments of a high-school friend's LiveJournal. They were college friends and we all had boring day jobs, in cities more than an hour from one another. The next time my high-school friend visited, she brought him along. We went on to date off-and-on for years, eventually living together with that mutual friend in Brooklyn. But did we meet via the mutual friend? Or via the Internet? Both are technically true.

My last serious relationship was also a product of the Internet. In 2008, he and I both contributed to the same small (now defunct) political website. Like many of its writers, I lived in Washington, D.C. at the time; he was in Connecticut. We met once that fall, briefly, when several of the site’s Northeastern writers made a weekend trip south. Our subsequent digital interactions were limited to reading each other's personal blogs and very occasional social media or email contact. That is, until 2011, when some minor communication started us interacting again. At this point, he was in Rhode Island and I'd been traveling around the country by train. When work brought me back to the east coast, we met in person again and quickly fell in love. Soon after, I ended up moving with him to Indiana, where he was attending grad school. We always had a hard time explaining to anyone how we'd met.

But perhaps it's not that uncommon. In an essay for XOJane recently, writer Hanna Brooks Olsen says women should be okay with flirting on Twitter and going out on dates with people they meet via social media. Olsen met her current boyfriend via Twitter, in a situation not all that dissimilar to my last relationship.

Two years ago, I was writing for a website and helping with the social aspect, and someone retweeted an article I’d written. I checked out his information and followed him because I don’t know why. Why does anyone follow anyway?

Anyway, he followed me back... and then emailed me. So I guess technically he kind of made the first-ish move beyond Twitter. But it wasn’t to ask me out, it was to ask a question about a job. We had a brief interaction. That was all. Then, for two years, we just quietly followed each other on Twitter. I was in a relationship. He was living in another city but eventually moved back. We were basically strangers.

But then, one day when I was single and still a little raw from a particularly painful breakup, one of his tweets caught my eye. And we started chatting. On Twitter.

They've been dating for months.

Olsen and I both blogged for the same women's health website (Blisstree.com) a few years ago and because the staff was scattered around the country, we communicated mainly in a group chat on Skype that we called the Swarm. It was where we took care of business (post scheduling, headline help) but also a place to discuss news, throw out ideas and brainstorm with one another. Inevitably, discussing celebrities and media and our own posts (some of which were personal accounts of sensitive subjects like sex, mental health, body image and birth control), we talked about our own lives and experiences. We came to know, trust and support one another, and this has extended way beyond the swarm. Any of these ladies that I've met in person, we've almost instantly felt like old friends. And though all of us have moved on to other work, we still keep in touch, ask each other questions and support one another privately and publicly online.

The ways in which digital and real-life friendships emerge and merge serve as reminders that the Internet isn't some magical surreal world, and placing friends in this online/real world dichotomy isn't particularly useful or descriptive. As my online-to-real-life friend Pamela Stubbart points out, there are as many different kinds of Internet friends as there are types of friends in your physical life.

"Having internet friends — some who stay on the internet, some who I see IRL occasionally, some who I found on the internet but now see IRL regularly — actually helped me to understand the nature of friendships in general better," says Pamela, who is a more prolific online to real-life friend converter than anyone else I know. "I'm happier with having different sets of friends for different purposes. Some of them, we have a shared interest; some of them are the ones I vent to; some are close in the sense of being geographically close (even if we don't hang out so much); some are the ones who would really help me with my problems. And all of these kinds cut across the strictly internet, internet/IRL hybrid, and IRL friend categories."