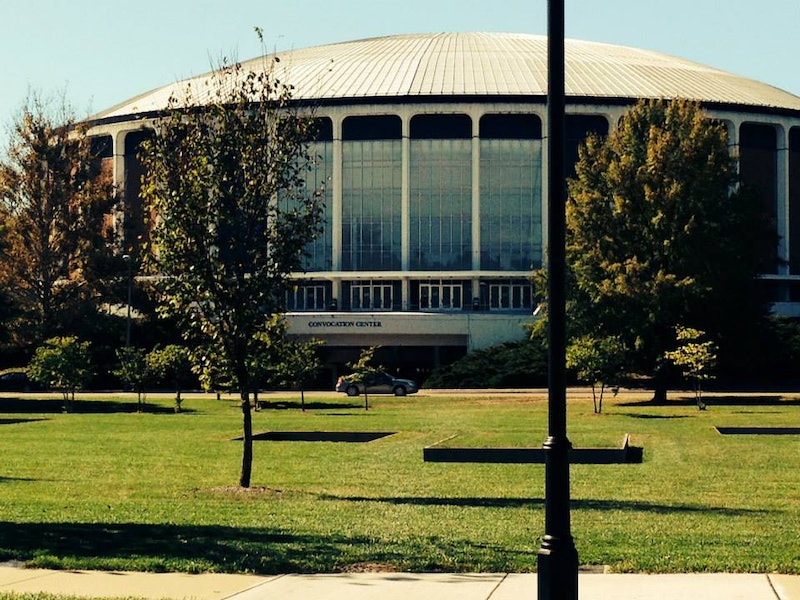 A grand jury declined to bring charges against anyone involved in an alleged sexual assault case at Ohio University. The October 12 incident involved a male performing oral sex on a female student on a public sidewalk near the main drag of campus. Onlookers took photos and videos, sharing these on Instagram and Twitter and garnering national media attention for the incident.

The woman involved subsequently filed a sexual assault complaint with local police. But on Monday, Athens County Prosecutor Keller Blackburn said the grand jury determined there wasn't probable cause to file charges, and the case would be dropped.

Fair? There's no way for us to say. The woman involved said she doesn't remember what happened, according to a statement from the prosecutor's office. The man alleges that he asked the woman whether to stop when a crowd formed and she said no. But considering this still may have been a sexual assault, Blackburn's next comments are pretty disgusting. From prosecutor's statement:

“Every decision we make now has the potential to be placed on Twitter, Facebook, commented on, shared and embellished, making life today more public than ever before. If a lesson exists from this case, let it be that we should behave as if our family is always watching.”

Gosh, wouldn't it just be so embarrassing if your family saw you getting sexually assaulted, ladies? Better cool it with the Twitter! The statement goes on:

This case should remind us of the dangers of social media and new media in our lives. From the time the incident occurred until now, social media has:

3. permanently documented the choices these two 20 year-olds made on October 12th, 2013.

The lack of agency in those statements is disturbing. "New media" didn't do anything on its own. People taped these students and uploaded the videos to social media. People identified (and harassed) the wrong female. People spread false rumors on Facebook and Twitter. People make choices, not apps.

Regardless what happened in this case, using a potential sexual assault as an opportunity to lecture college students about social media usage is tacky and insensitive. The prosecutor's statements, like those of so many others about sexual assault, implicitly place the onus of avoiding sexual violence on victims and third parties instead of on perpetrators.