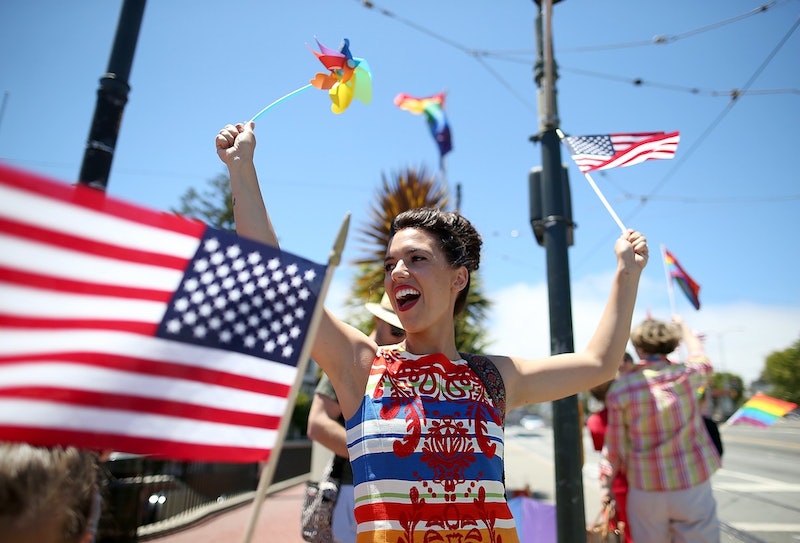 In Texas, they hold special legislative sessions to strip away people’s rights, but in Hawaii, it’s the opposite. In its second special session of the year, the Hawaii state legislature immediately took up marriage equality legislation, and Governor Neil Abercrombie predicts that it will pass and land on his desk “within a week or so.” Once he signs it, Hawaii will become the 15th state in the union to legalize same-sex marriage after New Jersey began marrying gay couples earlier this month.

If and when marriage equality is the law of the land, Hawaii will have come full-circle from the pioneering role it played in the national gay marriage debate twenty years ago. In 1993, when no states recognized marriage equality, the Hawaii Supreme Court struck down a state ban on same-sex marriage. It was heralded at the time as a leap forward for civil rights, with the New York Times calling it a “step toward legalized gay marriage.” Instead, though, it gave birth to a conservative backlash against marriage equality in the state, paving the way for the Defense of Marriage Act in 1996 and a constitutional amendment in Hawaii banning same-sex marriage in 1998.

Things have obviously come a long way since then. Abercrombie, who was elected in 2010, is a vocal proponent of same-sex marriage, signed legislation legalizing same-sex civil unions in 2011, and called the special session of the legislature largely to push gay marriage. He’s hoping that the new legislation, which passed a senate committee yesterday and will be taken up by the state House of Representatives on Thursday, will become the law of the land by the year’s end at the latest.

“If it's a question of people being able to have equality with regard to rights and benefits and so on, there is no justification for delaying them the capacity to exercise those rights and gain those benefits,” said Abercrombie. “[F]or those who felt they were suffering discrimination, two decades is two decades too long.”

Opponents of the bill held a “Let the People Decide” rally on Monday, the apparent premise being that the state’s legislators are not, in fact, duly elected representatives of the people.