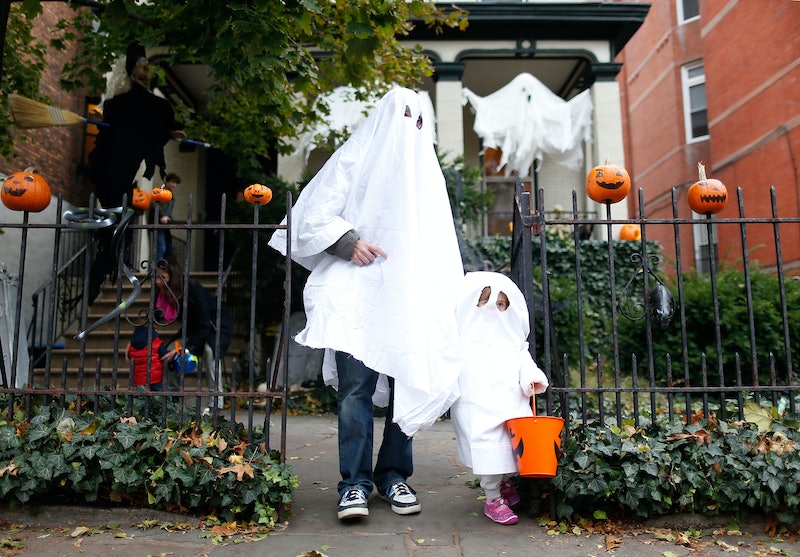 Think about whatever candy you hated the most as a child. What's worse than a plastic pumpkin full of that? Probably a letter from a stranger telling you to stop eating so much candy, fatty. This Halloween, a North Dakota woman says she'll refuse candy to any overweight trick-or-treaters and instead treat them (or their parents) to a fat-shaming letter about childhood obesity.

"I just want to send a message to the parents of kids that are really overweight," the woman, known only by Cheryl, told local radio station Y94.

"I think it's just really irresponsible of parents to send them out looking for free candy just because all the other kids are doing it. ... I'm contributing to their health problems, and really, their kids are everybody's kids. It's a whole village."

Can we ugh again?

Look, I am a huge nutrition nerd. I am very anti-sugar and I think it's giving us all Alzheimer's disease. The concept of a holiday largely devoted to candy kind of makes me face-palm, but you are not going to stop Halloween, lady. Give it up.

There's nothing wrong with not participating in handing out candy. And a radio show rant or a letter to the editor are probably good places to scold those who do. But letters to individual children? Nope. Take that petty impulse elsewhere and don't bring kids' and teens' fragile egos into this.

Besides, parenting lessons from strangers make parents hostile, not open-minded. Which makes handing out these letters an exercise in futility that just uses children to make a pet point. Katie Gordon, a North Dakota State University psychology professor, pointed out that "one's appearance does not necessarily reflect whether or not a person has healthy eating and exercising habits."

Yep. The rule — for children and adults — should be that no one makes assumptions about why anyone else is chubby, skinny or whatever shape they are. You can not tell how someone eats or whether they are healthy or anything like that just by looking at them. And this is why we shouldn't comment on other people's bodies. Ever. No "you look so thin!" No "have you tried this diet?" And jeepers creepers no scarlet-lettering obese kids on Halloween, please. Watch a horror movie. Bob for apples. But just sit this trick-or-treating business out.