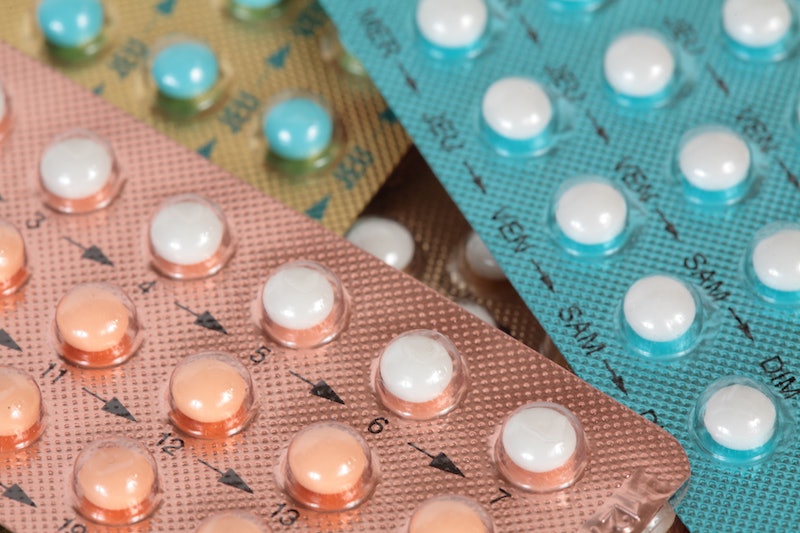 A recent Guardian column describes non-hormonal birth control as "voodoo", and because it's become something of a quixotic mission of mine to end the demonization of pulling out, let me remind you: Some women have real problems with hormonal contraceptives and, when used correctly, pulling out and other natural birth control methods can be effective at preventing pregnancy.

As evidence against it, Guardian writer Hadley Freeman cites a recent Guttmacher Institute report finding more than half of unintended pregnancies in the U.S. occur among women not using any contraception. But "not using any contraception" and meticulously practicing both fertility awareness and the withdrawal method are two different things. I don't think this is a fair strike against natural birth control.

That 21 percent pregnancy rate certainly sounds high — but let's remember that this stat reflects "average use," which tells us more about how effectively women are using a particular form of birth control than how effective that method is, optimally. Yes, with optimal use the birth control pill can prevent all but 2 percent of unwanted pregnancies. But in the Duke study, 13 percent of women using non-withdrawal methods of birth control wound up pregnant.

A 2009 study from the Guttmacher Institute found that consistent withdrawal is 96 percent effective at preventing pregnancy — about the same effectiveness rate as condoms, with a 98% effectiveness rate. With non-consistent use, the failure rates of pulling out and condoms were about 18 and 17 percent, respectively. Of course, pulling out won't protect against STDs as condoms will, and it requires a high level of trust in your partner. But for people in committed relationships, these methods can be just right.

It seems increasingly hard to witness a rational discussion about birth control options, however. One one side, you have people like Sweetening the Pill author Holly Grigg-Spall, who thinks women have been duped about birth control pills for too long and most would be better considering alternative methods. On the other, you have folks who treat questioning the pill as anti-feminist blasphemy and natural birth control methods as, well, akin to voodoo. A middle perspective too often gets lost in the heated discourse.

Can't we all just agree that there's no one-size-fits-all prescription when it comes to contraception? Yes, the pill has been brilliant for many women, but for others (like me) the side effects just aren't worth it. I spent 10+ years with incredibly irregular periods while taking the pill, only to find them flowing like clockwork every 28 days once I was off it. Many women experience mood swings, weight gain, spotting, headaches and other (mild and serious) side effects from hormonal contraception.

Copper IUDs are a wonderful non-hormonal option (also safe and long-term). But they can be expensive, even with health insurance, and don't make sense for people who may want to get pregnant within less than a few years.

So for some women, natural birth control methods — like tracking ovulation and having partners withdrawal before orgasm — make the most sense. "No, downloading Period Tracker does not count as a contraceptive method," as the Guardian column says. But tracking your cycle meticulously and acting accordingly without exception does.

We can push sexual safety and unwanted-pregnancy prevention without pushing one particular method of birth control. Because the pill is great for women ... except when it's not. Let's be honest about its downsides, as well as the pros and cons of pulling out, the good and bad about IUDs, the reasons for and against vaginal rings, etc. Ultimately, no one is served by shrinking the scope of acceptable birth control methods.

More like this
It's A Pleasure #53: Help! My Boyfriend Won't Tell Me Why He Stopped Going Down On Me
By Sophia Benoit
The 19 Best Tweets & Memes About Bisexual Awareness Week
By Lexi Inks
The Differences Between Kinks & Fetishes, Explained
By Lexi Inks
Wanna Try Hinge's New Video Prompt Feature? Here Are 7 Tips
By Lexi Inks
Get Even More From Bustle — Sign Up For The Newsletter