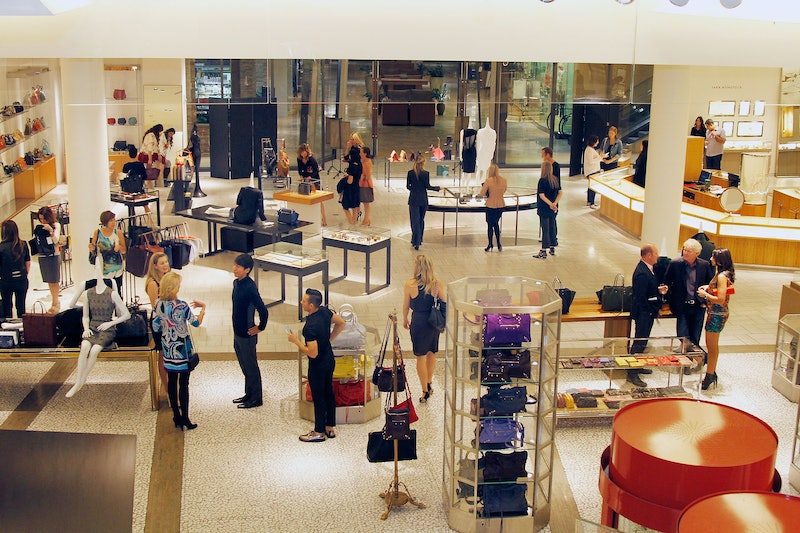 In case you haven't heard, retailers Barneys New York and Macy's are in hot water after apparently not thinking that black people have money. So far, four people have said that they were targets of police profiling after making pricey purchases. And, obviously, both the NYPD and retailers are deflecting blame from themselves. Now, protestors plan to picket in front of the stores Wednesday afternoon.

The protest, dubbed by some as a "waste of time," is scheduled to take place in front of Barneys at 4:30 p.m. on Madison Avenue, will address the recent allegations and the NYPD's "stop and frisk" practices. The state attorney general is investigating security practices at Barneys and Macy's.

During a meeting with the Rev. Al Sharpton, both Barneys and the NYPD were quick to pin the blame on the other.

"No one from Barneys brought them to the attention of our internal security and no one from Barneys reached out to external authorities," Barneys CEO Mark Lee says. “Racial profiling is an extremely serious form of discrimination. We take it very seriously, and if we found that to be factually true we would terminate those individuals. That’s not the policy at Barneys.”

NYPD spokesman John McCarthy countered: “In both instances, officers were conducting unrelated investigations and took action based on information brought to their attention by Barneys’ employees while in the security room.”

The investigation stems from a suit filed last week, which names both Barneys and the NYPD, after 19-year-old Trayon Christian was questioned over a $349 belt. He says he was handcuffed and held for two hours. “I brought the belt back to Barneys a few days later and returned it,” he said. ”I got my money back, I’m not shopping there again. It’s cruel. It’s racist.”

In February, 21-year-old Kayla Phillips says she was "attacked" by undercover police officers after buying a $2,500 handbag at the store.

And in June, actor Rob Brown says he was handcuffed and humiliated in Macy's after buying a $1,350 gold Movado watch for his mother.

Sharpton has already called upon black people to withhold their money from the stores.

As Bustle reported yesterday, there's hope for accountability yet:

New York Attorney General Eric Schneiderman will be investigating complaints that shoppers of color are being unfairly questioned by police outside department stores after purchasing luxury goods. Schneiderman announced the investigation Tuesday, and is giving the two department stores until Friday to turn over information about their policies related to ”questioning and detaining customers based on race.” AKA, their policies on racial profiling.