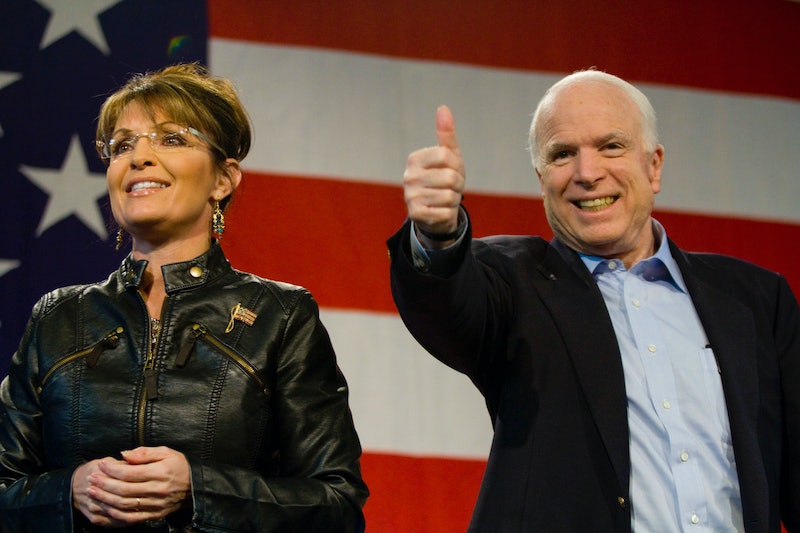 As Democrats try and rally votes for the Employee Non-Discrimination Act (ENDA), which would ban workplace discrimination based on gender or sexual orientation, Senator John McCain has apparently become worried that the legislation might somehow result in “reverse discrimination.” Like much of what McCain says, this isn’t rooted in facts or reality; however, because Democrats will need at least one Republican to help them pass the legislation, McCain’s stance on the bill is, unfortunately, of national import.

The absurd comparison between ENDA and busing notwithstanding, McCain’s concerns about “reverse discrimination” and quotas are based on, well, nothing, other than perhaps bigotry, or fear of a primary challenge in 2016. To be clear: ENDA doesn’t mandate quotas, or reverse discrimination or busing. It prohibits all of those things (except busing, as it would be silly for legislation about workplace discrimination to mention something so completely off-topic as busing). What the bill does do is add “sexual orientation” and “gender” to the list of things employers are already barred from using as justification to mistreat and/or fire workers.

Senator Harry Reid said earlier this week that the Senate would take up ENDA before Thanksgiving. Its passage is by no means a sure thing — especially in the House — but its prospects in the Senate ticked up marginally today as Senator Joe Manchin, one of the most conservative Democrats in the Senate, said he’d support the legislation.

If nothing else, perhaps McCain should listen to his wife, who signed a card from the Human Rights Campaign urging the Senate to pass ENDA.

More like this
Women Around The World Are Cutting Their Hair In Solidarity With Mahsa Amini
By Darshita Goyal
Romance Authors Are Mobilizing For Reproductive Rights
By Natalia Perez-Gonzalez
An Honest Review of MeUndies Boxers, According To A Non-Binary Person
By Megan Lasher
'Heartstopper' S2 Just Welcomed Four Brand New Cast Members
By Nola Ojomu and Sam Ramsden
Get Even More From Bustle — Sign Up For The Newsletter