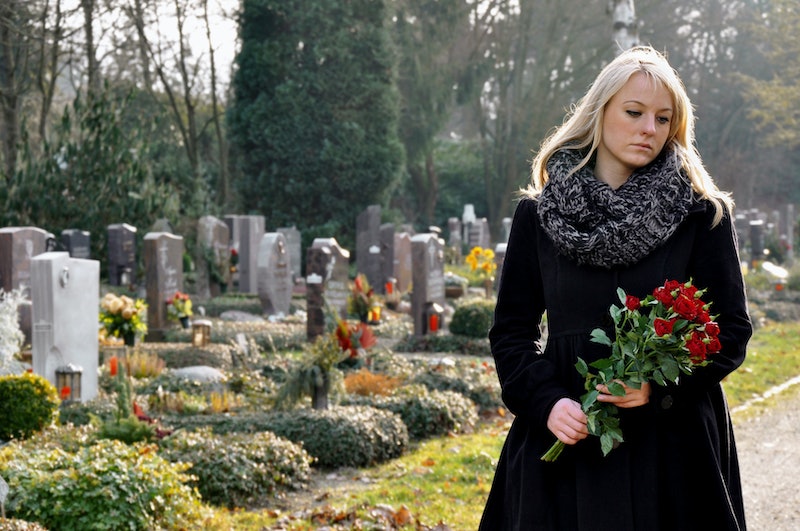 Today in social media news: apparently people take selfies at funerals now. What will these darned kids come up with next? This trend already has some in arms, with Business Insider bemoaning it as a “narcissistic impulse” and a “true sign of the times.” The Atlantic showed the images juxtaposed with lines about death from famous authors, clearly implying society has gone downhill. Meanwhile, over at Salon, Tracy Clark-Flory claims this trend is actually healthy, a new reiteration of the age-old impulse to reaffirm our own existence in the face of death.

Whatever it is, it has its own Tumblr now.

Really, though, while I wouldn’t go so far as to call this trend life-affirming, it’s not necessarily a sign that the new generation is immature or that society has declined. Even in W.H. Auden’s time, it was a rare person who could have mustered the emotion or artistry to produce lines like those quoted in the Atlantic. There are always people who aren’t appropriately solemn at funerals or don't know how to react appropriately to death. In fact, few people ever do feel exactly the way they think they’re supposed to at funerals. Kids now just have camera phones to document the experience.

Honestly, I have more of a problem with the idea that people are supposed to be somber and grieving at funerals. I’ve had the misfortune to attend several, and, at least in my family, they’re sad occasions, but there’s no wailing and gnashing of teeth. Instead, there are little kids running around with no idea what’s going on, people telling stories about the deceased, family members catching up.

The point of a funeral is to come together to say goodbye to someone who has died, to commemorate their life, acknowledge their death, and say goodbye. Nowhere does that formula dictate that people are required to be serious. It’s a seriously important thing to do, but it doesn’t have to be a depressingly solemn occasion. Every family is different. Every funeral is different. Everyone grieves in their own way. And faking sadness or gravity when you aren’t feeling it is more disrespectful in my book than posting a photo on Instagram.

Sure, some of these photos are distasteful, but there’s always someone inappropriate at a funeral. There always has been. Now they just have the Internet.

But while everyone is so busy denouncing or defending these photos, they all seem to have missed the real take away: this is FUNNY in its absurdity. I mean come on guys. They’re selfies at funerals. How is this not funny? Like I said, death doesn't mean you're not allowed to laugh.

More like this
Behind The Hilarity Of The "POV: You Walk Into My Room" TikTok Trend
By Lexi Inks
The Real Reason Your Instagram Story Viewers Show Up In That Order
By Emma Carey
15 Halloween Costumes Inspired By TikTok Trends
By Emma Carey
Why TikTok Is Obsessed With Caesar Salads Right Now
By Alexis Morillo
Get Even More From Bustle — Sign Up For The Newsletter