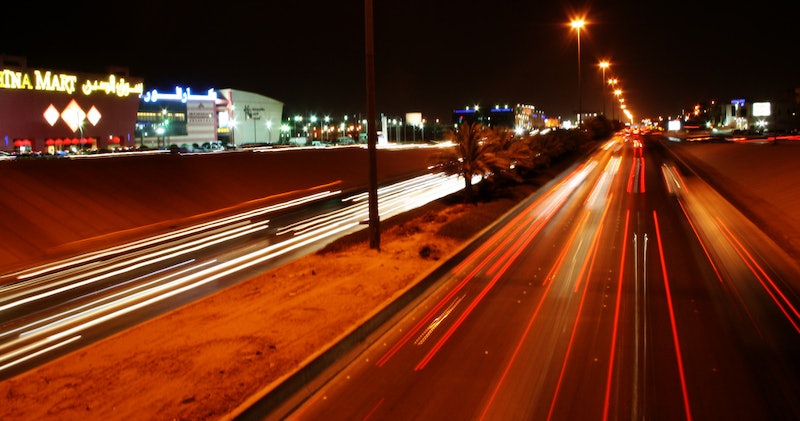 Activists are demanding the release of a Saudi Arabian man reportedly in his fourth day of custody — just for supporting Saturday's Women Driving Campaign. Over the weekend, dozens of women got behind the wheel to protest the country's ban on female driving. Tariq al-Mubarak, an advocate for the cause and schoolteacher, has been in detention since Sunday, when he was called to Riyadh to be questioned regarding a stolen car investigation, reports Al-Jazeera.

Instead, officials at the Interior Ministry's Criminal Investigation Department apparently asked him repeatedly about his involvement in the driving campaign. al-Mubarak was part of a core group calling for women to be given the right to drive.

Representatives for advocacy group Human Rights Watch claim Al-Mubarak has no access to a lawyer. "When his friends were informed they could pick him up at the investigator's office, they too were detained for several hours and questioned over the campaign's activities," reported Al-Jazeera. Sources who spoke to al-Jazeera and the Associated Press requested anonymity for fear of punishment.

The day before his arrest, al-Mubarak wrote a column for Al Sharq Al Awsat:

What is happening in our society is also terrorism; an innovation occurs or rights are about to be given to some minority, and this sets off a small group to threaten to use violence to derail the project and imprison society in their extremism. These extremists intimidate people into not exercising their natural lives.

Earlier in the month, he wrote a column titled "It's Time to Change Women's Place in the Arab World." In the piece, he berates countries for not allowing women to have more than basic schooling, and for violating their rights.

Those monitoring the language of women on social networks right now will notice a tone indicative of suppressed anger that results from the difference between their own sense of self and their position in the current social system. Their anger largely wells up from the need to recognize the individuality of women in the world we live in today, whether we like it or not.

On Saturday, roughly 60 women claim they drove in defiance of the ban, with some filming themselves and posting the videos online. Two have received fines, including Samia El-Moslimany, who was slapped with a $135 fine even though she holds a US driver's license.