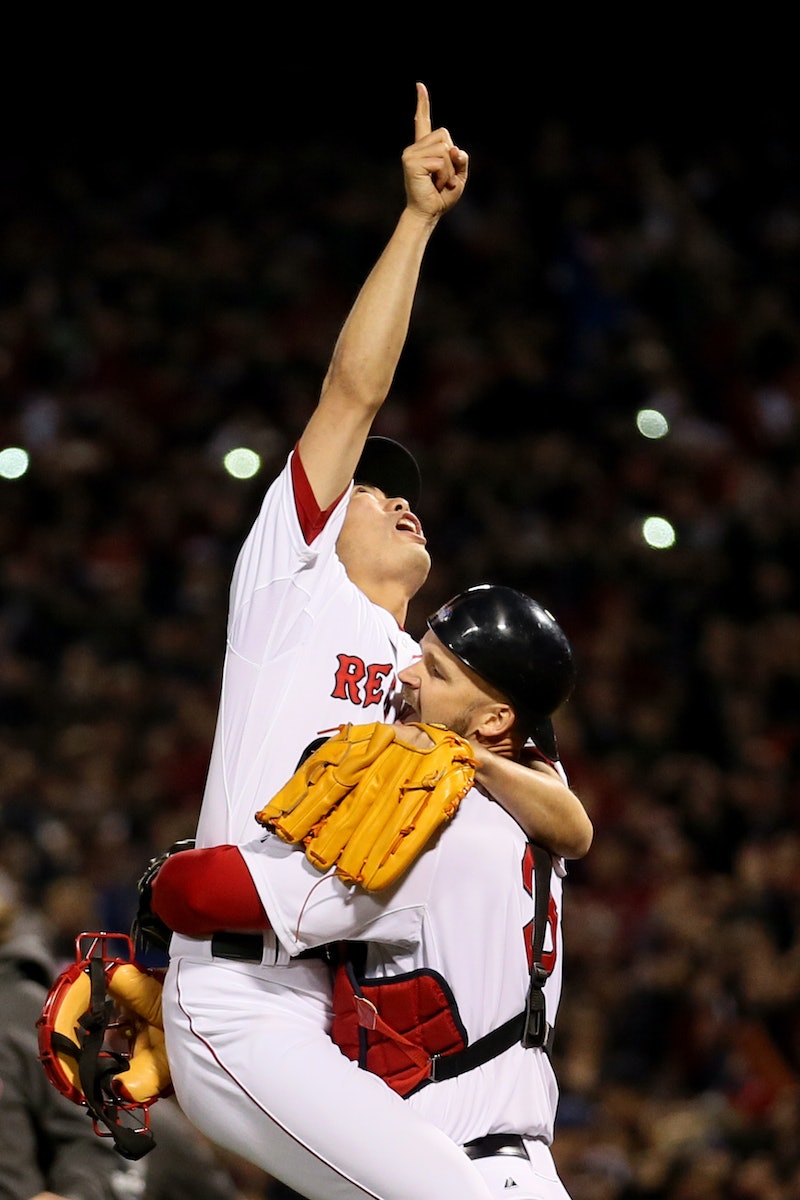 Last night was an amazing night for everyone from Boston. It was also an amazing night for everyone of Boston, for all of the people who have lived, worked, and gone to school just minutes (or hours, depending on the Green Line) from Fenway Park. Regardless of whether you watched the game from Fenway (lucky jerks), from Beacon Hill Pub, or from across the country, last night was larger-than-life, the kind of night that sports legends spring from. It was the second Red Sox title since 1918 (the first, in 2004, broke the Curse of the Bambino), and the first time in 95 years that the Sox have won the World Series at Fenway Park.

Last night's win was also inextricably coupled with the tragedy that the city faced last spring at the Boston Marathon.

I was at the Marathon. I am one of those people who are of Boston, one of the 50,000 college graduates the city spits out each and every year. Watching the game last night I would have given anything to be back in Boston, to be able to feel that incredible sense of pride and connection that the city has for and with its baseball team. The Red Sox are as Boston as parades, as Paul Revere, and as dropping your 'r's. It was a testament to what the Red Sox have come to represent that, in the wake of the bombings, New York City showed solidarity with Boston by playing "Sweet Caroline" at Yankee Stadium.

More like this
10 Stranger Things-Inspired Halloween Costumes For True Fans
By Emma Carey
Black History Month UK’s 2022 Theme Calls For Action, Not Words
By Maxine Harrison
Chris Kaba's Family Continue Fight For Justice After Viewing Police Bodycam Footage
By Sophie McEvoy
Here’s Your Daily Horoscope For October 6, 2022
By Mecca Woods
Get Even More From Bustle — Sign Up For The Newsletter