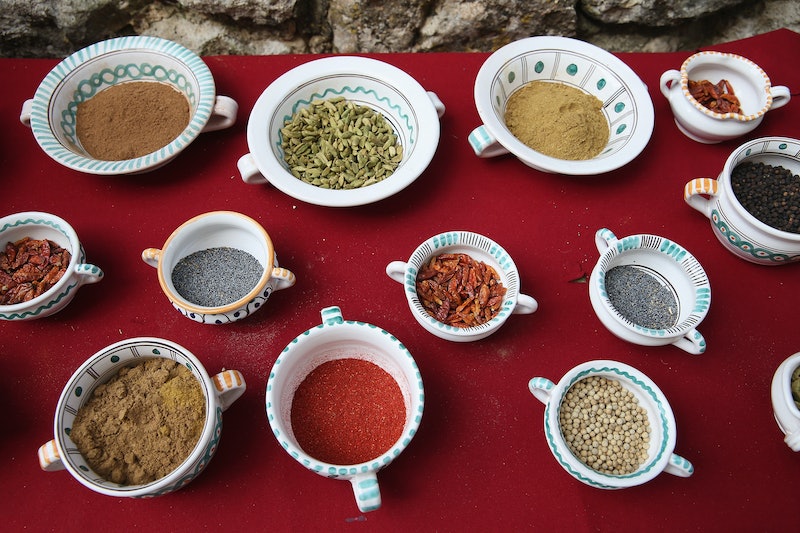 If you want to give your dishes a little something extra, look no farther than your spice cupboard: A recent FDA study found that 12 percent of imported spices are contaminated with um, "filth," while seven percent of spices contain traces of salmonella. Yes, turns out your turmeric might include traces of rodent hairs, feces, and insect legs — all guaranteed to add that little extra something to your curry.

The FDA sampled 2,844 dry spice imports from fiscal years 2007-2010 to get the results. They found the prevalence of salmonella was twice as high in the shipments as in other FDA products, and was especially prevalent in leafy herbs like as basil and oregano. Spices of the bark or flower varieties (such as cinnamon or saffron) had the lowest prevalence. Most of the tainted spices came from Mexico (about 14 percent), followed closely by India (around 9 percent), and the FDA suspects that the types of contaminants found are indicative of problems with storage.

Because the U.S. imports 80 percent of their spices (and 25 percent of the nation's spices, oils, and food colorings come from India), the findings are certainly something for the industry to be concerned about: When the FDA conducted a similar study 30 years ago (with a smaller sample), the levels of contamination were about the same — indicating, effectively, that not a lot has changed.

But as gross as the news is, it's not a lot of reason to panic: Most of the time, people avoid sickness as a result of their tainted tarragon because they cook their dishes before consumption, which reduces the risk of salmonella risk. That said, no amount of cooking you do will cleanse your casserole of insect legs.

A little PSA for habitual consumers of turmeric: Go check your supply ASAP, because the Pran brand of turmeric from Bangladesh was recalled on Oct. 23 due to high levels of lead.

In the meantime, the FDA is looking into ways to clean up the industry. Given the far reach of America's suppliers, it's not exactly going to be an easy job.

“There is no magic wand for any of the problem we’re addressing,” FDA Deputy Commissioner for Foods Michael Taylor said.

However, under new legislation, the FDA now has the ability to reject shipments it suspects of being contaminated at the border — which might lead to some serious leverage with our biggest importers.

More like this
Got Brain Fog? Here Are The Best Supplements For Memory & Cognition
By Carolyn Steber
TikTok's Butter Board Might Be The New Cheese Plate
By Emma Carey
Deliveroo Is Selling Lotus Biscoff Cinnabons Now
By Darshita Goyal
10 Pumpkin Recipes That Are Way More Creative Than Pie & Lattes
By Rebecca Deczynski and Alexis Morillo
Get Even More From Bustle — Sign Up For The Newsletter