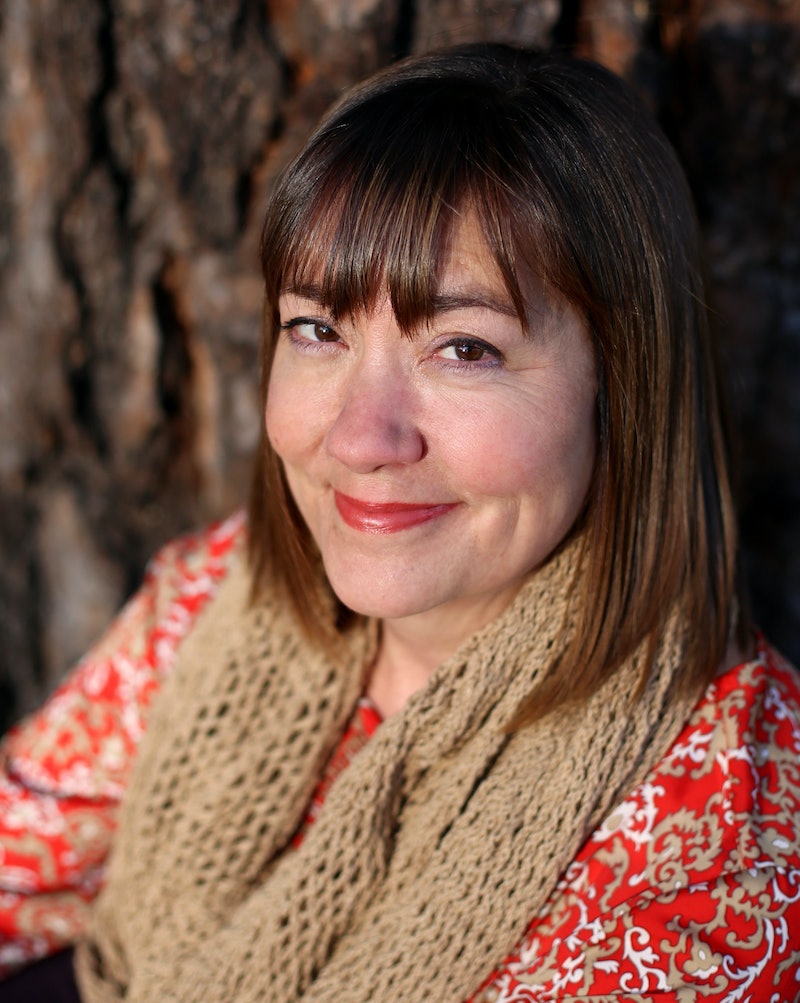 There's something about the cold weather months that inspires us (or perhaps just me) to tuck into a juicy period drama. And for Halloween, consider embracing the spooky spirit by indulging in Lynn Cullen's fictitious portrayal of a supposed affair involving one of the most notoriously mysterious fiction writers in history, Edgar Allen Poe.

Our heroine in Mrs. Poe (Gallery) is Frances Osgood, a newly abandoned mother of two young daughters, and an aspiring poet in mid-19th century New York. Edgar Allen Poe's famous poem, "The Raven" is the talk of the town, having just been published. Editors across town implore Ms. Osgood to abandon her penchant for writing on flowers and love, to follow the new, darker thriller genre inspired by the notorious author. Yet, after their meeting at an event for the creative cosmopolitan set, it is Poe, largely derogatory towards his contemporaries eager to climb the literary ranks, who praises Osgood's poems, boosting her fledgling career and propelling her into the spotlight of the New York creative scene. What ensues begins as a mutual fascination between the writers, before escalating rapidly into full-fledged love affair, made ever more scandalous by the blossoming friendship between Osgood and her lover's young wife.

Virginia Poe, the title character and exceedingly young wife of Edgar, is introduced under a guise of naïve innocence and fragile helplessness, enamored with Osgood’s flowery writing. Often too unwell to attend the numerous social gatherings of the literati, she is afforded a similar air of “madwoman-in-the-attic” as that of Bertha Mason in Jane Eyre, adding yet another layer of gothic mystery to the story. Her interactions with Ms. Osgood become increasingly uncomfortable as she clings more desperately to her newfound friend as the novel progresses.

By offering up characters with opposing demeanors and creative styles — one dark, one light — Cullen is able to play with the two tones, exacerbating Osgood’s pain by injecting her prose with some of Poe’s darker tones:

It is as if producing a creative work tears a piece from your soul. When it is ripped completely free of you, the wound must bleed for a while. How similar it is to letting go of a dream, your hope, or your heart’s desire. You must open up and let it drain.

Some of the more delicious passages are purely descriptive; when we are introduced to Frances' New York, for example, the author paints an elaborate portrait of vivid gray, smoke, smog and dirt that somehow brims with creative spirit:

Now, hunched against the icy wind and feeling the pinch of my thin pointed boots and the stabbing of my corset stays, I marched up the assault on the senses that is called Broadway. The loud swirl of striving people and their beasts dazzled the eyes….The Stench of rotting sea creatures commingled with the sweet scent of perfumes, as did the spicy odor of unwashed flesh and the aroma of baking pies.

Cullen sets almost every scene with similarly rich detail, offering the reader the perfect opportunity to immerse herself entirely into the pages.

Her descriptions of people, too, do not disappoint, with Mr. Poe (whom she continues to address as thus throughout the novel, upping the mystery factor) cutting a far more handsome and devilishly charming figure than his true history suggests.

Although possessed of some genuine instances of elegant prose, the novel does fall pray to a few clichés of language. While hyperbole is a fond friend to many novels of the gothic era, when used here in phrases such as “his beautiful, terrible gaze” and "black-lashed gray eyes", fall somewhat on the cheesy end of the over-the-top spectrum.

The era is known to have been a time of creative inspiration, a perspective that comes through in Cullen’s elaborate prose. Through her romantic observations, and tortured emotions, Osgood is a vivacious and bold character. If, at times, her love-struck meanderings can wax a little long, she remains a heroine we can all get behind.

So, whether you're a fan of the fantastical, have a penchant for the saucier side of Halloween, or merely want to avoid the whole freak show tucked inside with a good read, you could do much worse than to spend this Halloween with Mrs. Poe.